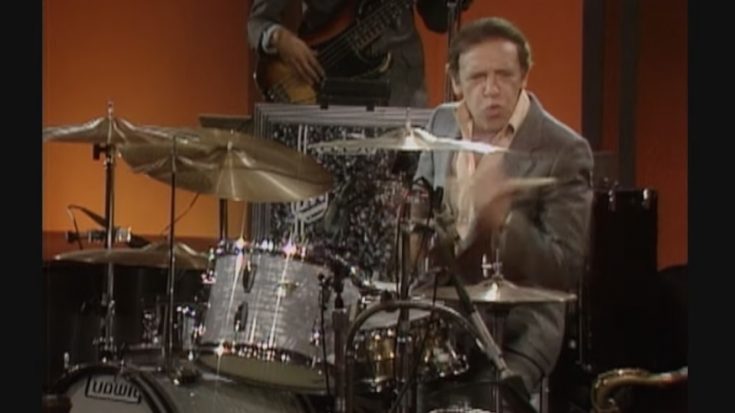 When it comes to drumming, one can name a lot of competent drummers in the music scene. But when you ask them who the real deal was, the echo chamber of greatness was filled with one name: Buddy Rich. The American jazz drummer was highly praised by his peers and successors, some even crediting him for awakening their interest in the instrument.

But just how good was Buddy Rich? Well, for one, he was known for his precise technical skill that was second to none. Rich’s control of his drumsticks was undeniably on a whole different level, as well as his feel. It isn’t enough to be a drummer and just be loud on the kit, one has to master their dynamics as well. His playing was rich (pun intended) of ghost notes, the sonic texture being just exquisite as it modulates up and down on its way to your eardrums.

Rich’s jazz background probably gave him the edge he needed to be the cream of the crop. What else would be the reason for his impeccable timing, or blistering speed, and bob-and-weave runs? Enough talk, we’ll let you experience greatness yourself on the crazy good solo Rich pulled off in the video below.