The Greatest Songs That Came Out From Abbey Road 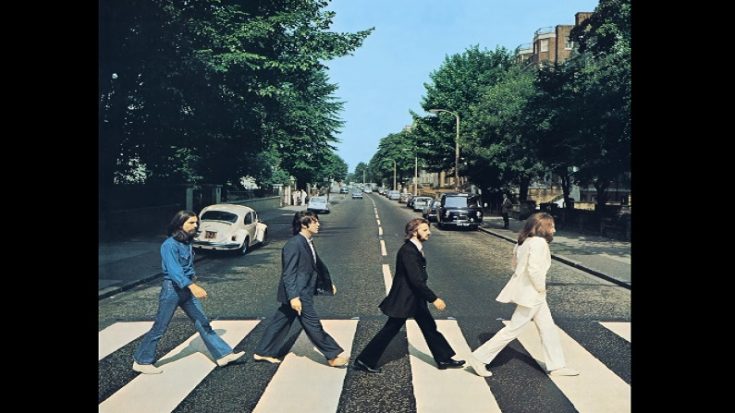 Abbey Road has become hallowed ground for several of the greatest influential recordings of all time ever since The Beatles made it their home in the early ‘60s. Abbey Road became an outlet for artists such as Pink Floyd, Radiohead, and Oasis to pursue their creativity in studio sessions. Below, we’ll dive into some of the greatest songs ever recorded from, undoubtedly, the greatest recording studio in music.

Depeche Mode, forerunners of the electronic pop genre, have released their ninth studio album, titled Ultra. While the remainder of the album veered away from their past work, “It’s No Good” remained faithful to their roots, pleasing the band’s most devoted fans.

Instead of becoming a one-hit wonder, Radiohead became one of the most lauded rock bands of all time thanks to The Bends album. To many, “Fake Plastic Trees” is the album’s standout track.

Dark Side of the Moon is one of the most highly praised albums of all time and bore several classics from Pink Floyd. The eerie psychedelia of “Breathe (In the Air)” helped define a musical movement in rock and has made the song an evergreen classic.

When it was released, “Stand By Me” quickly rose to the top of the charts in the United Kingdom and was later certified platinum for its success there. While Noel Gallagher didn’t like for the album Be Here Now as a whole, “Stand By Me” was a huge hit.

Pop music was the genre Ringo Starr took following the tumultuous breakup of The Beatles. Each of the members took turns showing their creativity as solo artists, and “Sentimental Journey” perfectly captured Ringo’s pleasant personality.

Although The White Album is universally regarded as one of the best albums of all time, the Fab Four were splitting up behind the scenes as they were making it. however, that didn’t stop them from making legendary music; one of them being “While My Guitar Gently Weeps” written by George Harrison.

The song has been widely regarded as one of Paul McCartney’s most significant solo efforts due to its intricate piano riff and many octave changes. McCartney recorded this song in its entirety at Abbey Road, though some of its parts were recorded in his home studio.

It might be said that no other song by John Lennon is more representative of his message than “Imagine.” Lennon recorded the single at Abbey Road in the early 1970s, and it remains a timeless testament to hope and positivity. One of the greatest songs of all time, its simple piano melody has inspired peace movements across the ages.

Abbey Road, the Beatles’ studio album, has some truly remarkable music. It became home to some of the Fab Four’s greatest hits, one of them being “Come Together,” credited to Lennon-McCartney. The bass line of this track is insane and catchy.

George Harrison was finally able to break away from the restrictive Lennon/McCartney relationship throughout the recording of All Things Must Pass. The song “My Sweet Lord” has Harrison using both Christian and Hindu vocabulary to send a heavenly message.