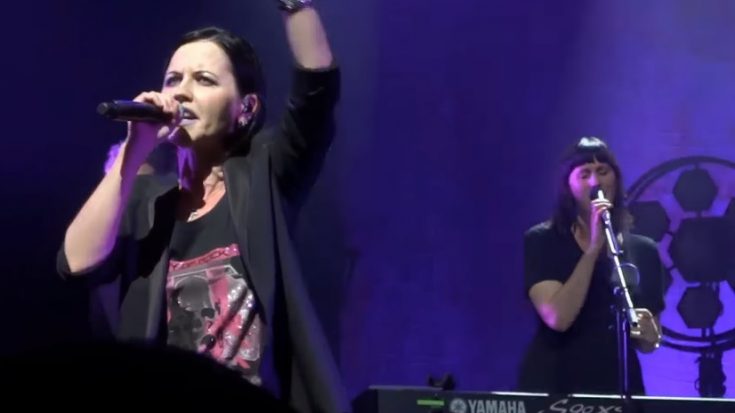 Iconic Irish alternative rock band The Cranberries soldier on for their last hurrah. In The End, became the band’s last album following frontwoman Dolores O’Riordan’s tragic death. Riordan was supposed to attend recording sessions for the said album, when she was found dead in a hotel room in London on January 15, 2018. Her death was ruled as drowning in her bathtub due to alcohol intoxication. O’Riordan was only 46 when she passed away.

In The End is The Cranberries’ 8th studio album, and was released on April 26, 2019 by BMG. The band began working on the album on May 2017 while on tour, with guitarist Neil Hogan and O’Riordan herself taking the initiative. Due to O’Riordan’s back injury in the same year, the band was forced to cancel tour dates for North America, which allowed the band to write 11 tracks for the album. After O’Riordan’s untimely death, the band set aside her vocal recordings until the family expressed their support. It was then that the band brought in producer Stephen Street to complete and mix the recordings, while they sought the service of Johanna Cranitch’s vocals, who used to tour with them in 2012.

In The End. Today’s is the day, our final studio album is out. You can get your copy from the link in our bio.

The surviving members of the band made a definitive statement that this would be their last venture. Noel Hogan said, “We will do this album and then that will be it. No one wants to do this without Dolores. So there’s a song called ‘In the End’, it’s the last song on the album, and it just kind of summed up the whole album and the band. Because it’s definitely the end of it for us. So we’ve called it that.”

The band has released two singles prior to the full album’s release, “All Over Now” on the 15th of January 2018, in commemoration of Dolores O’Riordan’s 1st death anniversary, while the single “Wake Me When It’s Over” was released on March 19th. Listen to the band’s farewell album below!