The Beatles Song Inspired By A Rock Movie 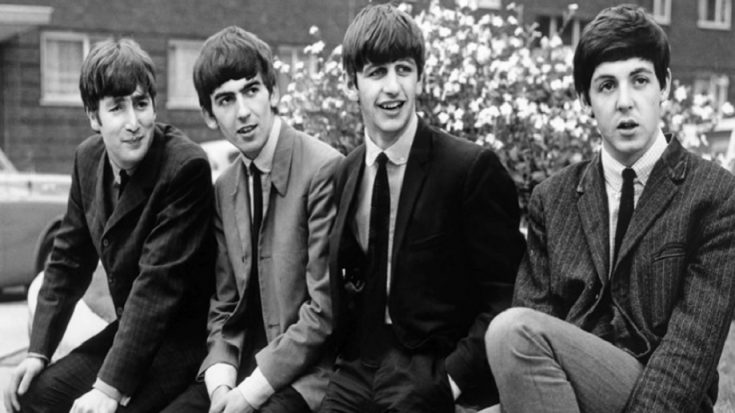 The Beatles’ White Album delivered some of the finest songs that only the Fab Four could create. During its recording sessions, the members had a pretty interesting time as well, given that the tensions were high; yet, they still managed to get together to create this masterpiece.

On their 18 September 1968 recording session, the Fab Four got an early start so that they could catch the TV screening of the groundbreaking rock film The Girl Can’t Help It (1956). It premiered that night on BBC Two in the United Kingdom from 9:05 p.m. to 10:40 p.m. This movie reimagined the film musical in its own rock ‘n’ roll image, and it was the vehicle that brought moviegoers their first glimpses of Fats Domino, Little Richard, Julie London, Gene Vincent, and many stars in the making.

Chris Thomas recalled the time when he told Paul McCartney that the movie will premiere on TV in The Complete Beatles Recording Sessions interview. “I had mentioned to Paul a couple of days earlier about The Girl Can’t Help It being on television during this evening,” Thomas said. “The idea was to start the session earlier than usual, about five o’clock in the afternoon, and then all nip around the corner to Paul’s house in Cavendish Avenue, watch the film and go back to work.”

“So, on the day Paul was the first one in, and he was playing the ‘Birthday’ riff,” Thomas continued. “Eventually the others arrived, by which time Paul had literally written the song, right there in the studio. We had the backing track down by about 8.30, popped around to watch the film as arranged and then came back and actually finished the whole song. It was all done in a day!”

Paul McCartney, however, said that the song was a 50-50 effort between him and his songwriting partner, John Lennon. “We thought, ‘Why not make something up?’ So we got a riff going and arranged it around this riff,” Paul said in Many Years From Now. “We said, ‘We’ll go to there for a few bars, then we’ll do this for a few bars.’ We added some lyrics, then we got the friends who were there to join in on the chorus. So that is 50-50 John and me, made up on the spot and recorded all on the same evening.” The song wasn’t done out of someone’s birthday, though.