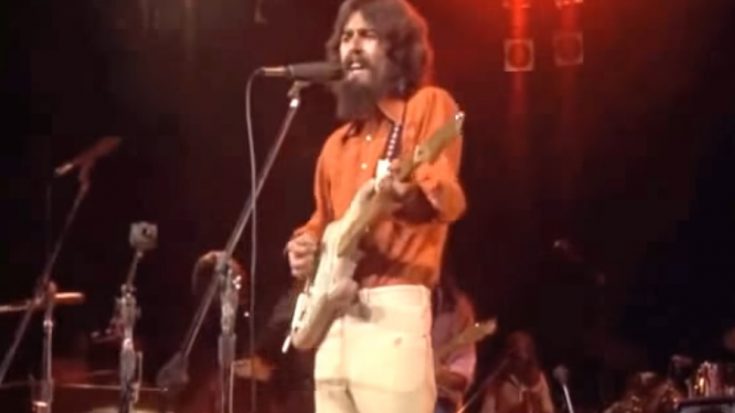 By the 80s, music wasn’t highly prioritized by George Harrison, and it would take a while before he would release an album in the decade. What made him become inspired to create an album was all thanks to the pop duo Eurythmics. Dave Stewart, the ½ of the group, befriended Harrison around this time until his final days.

In 1986, Harrison chose to channel his inner Dave Stewart, and the resulting sound was a major component of his album Cloud Nine. In the album, the song that truly showcased this talent was “Devil’s Radio,” whose lyrics were written during one of Eurythmics’ concerts in England.

Harrison revealed it in an interview: “I have to go past this little church to take my boy to school,” he said. “And they have a little billboard­ just a little board outside the church ­saying, ‘Gossip: The Devil’s Radio … Don’t Be A Broadcaster’. That’s all. So I thought, that’s good, that’s a song, and I wrote it going to one of the Eurythmics concerts.”

It’s quite unusual for Harrison to go with what’s trending at that moment in music, but we’re glad that he tried. It’s best to believe that there truly is something about the pop duo that made the ex-Beatle invigorated to create a classic album of his own.