The Album That Made Jon Bon Jovi A Millionaire 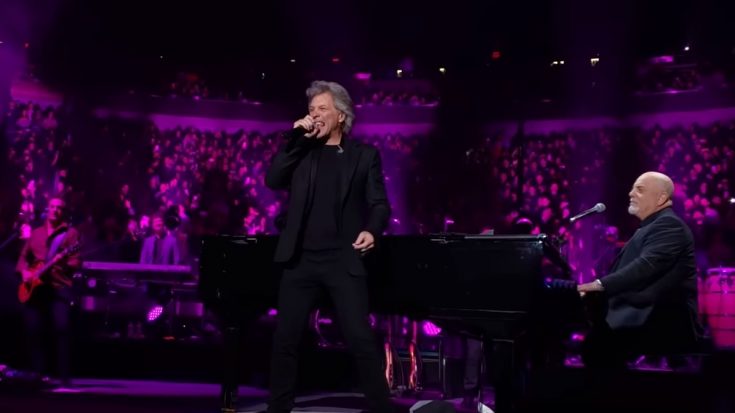 From an early age, Jon Bon Jovi understood that music would pave the way to the success he sought. The singer began studying the guitar after deciding he wanted to make a living as a musician. At the tender age of 13, he joined his first band, Raze, and began playing live. From that point on, Jon committed his life to music with the firm conviction that he would one day achieve his goal of being a globally-recognized and extremely rich rock star.

The debut song by Bon Jovi, “Runaway,” was recorded in New York City’s Power Station studio in 1980. Afterward, the song was played often on local radio stations. Jon decided to stop relying on session musicians and instead form a band after the success, realizing that doing so would limit his potential. With that, the frontman recruited David Bryan, Alec John Such, Tico Torres, and Richie Sambora to form Bon Jovi as a rock group.

Bon Jovi is one of the best-selling American rock groups of all time, having sold over 120 million records worldwide since the band’s debut in 1983 and releasing fifteen studio albums. Although the world became familiar with Bon Jovi with the release of their self-titled debut and their second record, 7800° Fahrenheit, the band didn’t achieve their goals until the launch of their third studio album, Slippery When Wet, in 1986.

The album was an instant commercial success since it contained some of the band’s most well-known songs, including “You Give Love a Bad Name,” “Livin’ on a Prayer,” and “Wanted Dead or Alive.” On the Billboard 200, it spent a total of eight weeks placing at the top 1. When Bon Jovi finally adopted a more commercial sound with this album, they finally found success, and Jon Bon Jovi became one of the wealthiest rock performers in history.