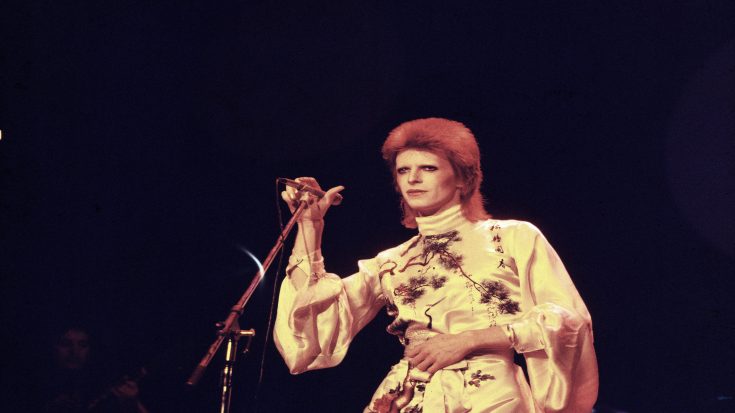 There’s no artist the same as David Bowie. There may be some intentional copycats that lingered to imitate his style, yet his uniqueness and creativity dominated the most. Bowie was always one step ahead of his game, making sure that his music is pioneering and different, and building a legacy that’s about to stay for eternity. To celebrate Bowie’s well-respected career, we give you these 10 unforgettable moments that proved that the legend is irreplaceable for eternity.

The “Berlin Trilogy” includes Bowie’s three seminal albums, recorded in succession: Low, Heroes, and Lodger. Additionally, “Heroes” has become an anthem for the dark horses, the weak, and the underdogs throughout the years.

His Science Fiction Movie, The Man Who Fell to Earth

Bowie’s debut cinematic appearance was in this bizarre science fiction thriller from 1976, directed by filmmaker Nicolas Roeg. Like his previous alias, Ziggy Stardust, the rock singer played an extraterrestrial who crash crashes on Earth in search of water.

His Rock and Roll Hall of Fame Induction

In 1996, Bowie was finally honored for his place in rock history by being inducted into the Rock and Roll Hall of Fame.  Madonna received the award on Bowie’s behalf, citing the rock legend as her major influence.

With Jim Henson directing, Bowie returned to the big screen in the 1986 fantasy picture Labyrinth. The rock singer portrayed the alluring yet scary Goblin King Jareth, who worked with Jennifer Connely’s courageous protagonist Sarah Williams. This introduced him to a new generation of listeners and film viewers.

The release of “Space Oddity”

During the tense days leading up to the momentous Apollo 11 moon landing in 1969, Bowie’s self-titled album—better known as Space Oddity—was published. The album’s title track, which tells the narrative of a made-up astronaut named Major Tom, was his first to chart in the United Kingdom, marking Bowie’s musical journey to fame.

Aladdin Sane showcased the androgynous artist’s signature lightning bolt makeup. This album established a whole generation of sparkling rock anthems and peaked at No. 1 on the U.K. album chart, making it one of Bowie’s most important glam rock recordings.

Blackstar, His Final Album Before His Death

Two days before his death on January 10, 2016, Bowie sent the world his one final gift for the fans. Blackstar, one of his most critically regarded albums, was released and quickly became a hit.

His Remarkable Collaboration With Queen

One of the most famous duets ever, thanks to its unforgettable bass riff and the way Bowie and Freddie Mercury compete for lead vocals, “Under Pressure” is the by-product of this one-in-a-lifetime encounter between the two artists.

The alien bisexual rock star was the catalyst that finally established Bowie as the bold, ground-breaking artist he is today. Bowie’s fifth studio album, The Rise and Fall of Ziggy Stardust and the Spiders from Mars, coincided with the conception of the flame-haired onstage character. Ziggy Stardust is one of the most recognizable alter-egos adopted by him.

It seems that even Bowie couldn’t stay away from a catchy, commercial dance-pop beat. Let’s Dance was the album that launched the artist to commercial stardom as a pop singer, with songs including “Modern Love,” “China Girl,” and the album’s title track, dominating the charts.