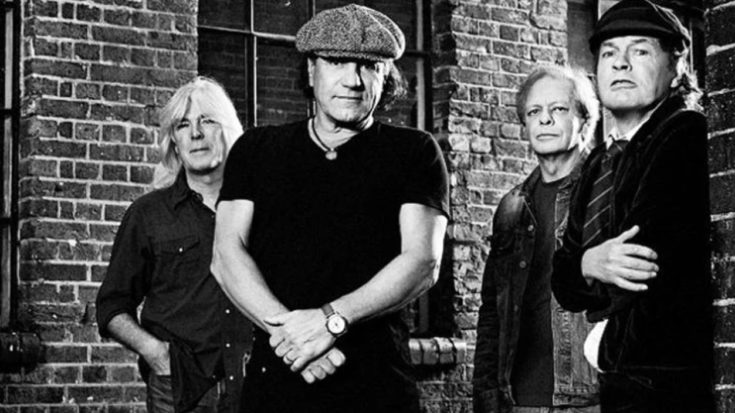 In the ‘80s, a variety of music formulas sparked a musical revolution, and rock began to split out in many directions. The decade became an outlet for different artists to innovate songs that could withstand the harsh competition of music hits. Though the ‘80s produced a vast catalog of music that could be easily subdivided by year, this list chose to focus on just 10 of the most memorable rock songs from each year (1980–1989).

Forcing us out of the ‘70s and into the ‘80s, AC/DC’s “You Shook Me All Night Long,” from their seventh album Back in Black, was one of the raucous and raunchy rock anthems ever recorded. The song’s self-aware humor was perfect to get people fired up for the upcoming years ahead.

The 1975 original single by British rock band the Arrows, “I Love Rock ‘N Roll,” written by Alan Merrill and Jake Hooker, pretty much sums up the entire genre. The song, which Jett famously released two years after she left The Runaways to pursue a solo career, remains an international call to love rock and roll.

Toto’s “Africa,” which was released as the lead single from their fourth studio album Toto IV, topped the Billboard Hot 100 and is one of those songs that practically everyone can’t help but sing along to whenever it’s played.

U2’s “Sunday Bloody Sunday,” from their third album War, is just as iconic as the album’s single, “New Year’s Day.” It incorporates marching thumps with a more serious topic—”Bloody Sunday,” the name given to the occurrence on January 30, 1972, in Derry, Northern Ireland, in which British Soldiers shot 28 unarmed civilians.

Dee Snider, frontman of Twisted Sister, penned “We’re Not Gonna Take It” for the band’s 1984 album Stay Hungry. The song is a heavy metal protest song that has been used as a rallying cry by many groups since its release.

Film and music both experienced a renaissance in the 1980s. One of the most iconic examples of this is The Breakfast Club, an adolescent cult hit directed by John Hughes in 1985. Film composers Keith Forsey and Steve Schiff wrote the song “Don’t You (Forget About Me)” performed by Simple Minds.

“Livin’ on a Prayer,” co-written by Jon Bon Jovi, Richie Sambora, and Desmond Child is a classic Bon Jovi tune. Other Bon Jovi favorites, such as “Never Say Goodbye” and “You Give Love a Bad Name,” were also born from the same album Slippery When Wet.

1987 was a momentous time for rock music – such as Def Leppard produced their greatest hit “Pour Some Sugar on Me.”

The Traveling Wilburys, a supergroup formed by George Harrison and Jeff Lynne, released their debut single with this song. They first hung out together in Santa Monica, California, at Bob Dylan’s place, which is where Roy Orbison and Tom Petty were introduced.

The Rolling Stones’ “Rock and a Hard Place” is a track from their 1989 album Steel Wheels. It’s the group’s most recent top 40 smash on Billboard; it also served as the album’s second single.