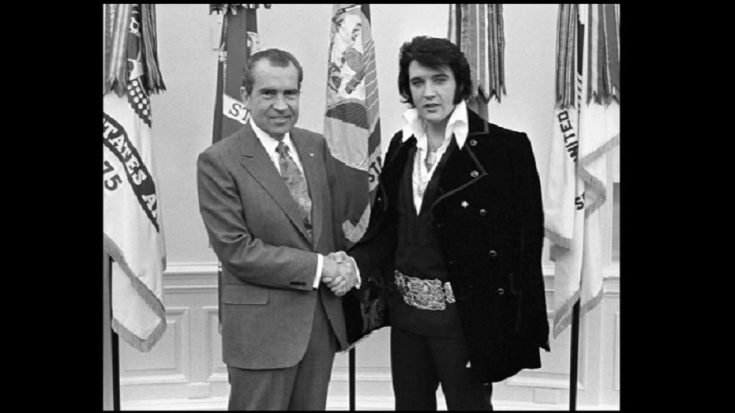 He’s not just the King of Rock & Roll, he’s also the King of American films! Throughout the years, Elvis Presley remained one of pop culture’s most beloved icons, with his life story attracting even the younger generation’s curiosity. With the recent Baz Luhrmann film hitting the cinemas worldwide, the world is once again exposed to Presley’s chronicles in life – from being a shy, young performer to becoming a massive star. Here are some of the best films that depict the king of rock’s ever-controversial life, if you ever want to explore more.

Halloween director John Carpenter was already making headlines as an up-and-coming director of horror or sci-fi movies, so it came as quite a shock when he directed the first-ever biopic about Elvis, a year after his death. The made-for-television film cast Kurt Russell as Presley, and his portrayal was dubbed as a “definitive screen portrayal” of the star.

In the three documentaries, three separate performers take a young Presley for reenactments, and various individuals in his life contribute remembrances and commentary.  Colonel Tom Parker approved the publication of home movies and shooting on the Graceland grounds and the outcome was a startling demonstration of the protracted degeneration of Presley’s condition, even as his charm before an audience survived.

First, to hit the bookstores, Priscilla Presley’s marriage with Elvis became a best-selling book, until years later, it was adapted into a melodramatic movie. The movie’s focus was on the conflicts and the struggles that occurred in the couple’s marriage and the events that led to its breakdown.

Clarence Worley is a massive fan of the king, and he sees his spirit, helping him break the tough decisions in his life. Just as Quentin Tarantino was starting to make a name for himself with Reservoir Dogs, the script for his next movie, True Romance, sold. Tony Scott took over as director, and the fusion of the two approaches was widely praised.

Mockumentary elements such as talking heads headed by Dick Cavett frame “reenactments” of Presley’s journey in Elvis Meets Nixon. Overall, the film was praised for its humorous tone and realistic portrayal of Richard Nixon’s meeting with the pop star.

Harvey Keitel starred in the film as the title character, a hitchhiker Elvis impersonator who is persuaded that he is the real thing and is intent on traveling to his old home in Graceland. Byron Gruman, played by Jonathan Schaech, is a sad young man who is wandering following the death of his wife, picks him up and, takes him in. Gruman reluctantly takes on the role of caretaker for the “fake” Elvis Presley and agrees to accompany him at least part of the way to Memphis in time for the anniversary of what is meant to be his “death.” It’s a lovely story of friendship and wisdom that will surely give you some profound life lessons.

This horror-comedy film originated as a novella in “The King is Dead.” Elvis Presley (Bruce Campbell), bored of being an idol, traded places with an impostor to obtain anonymity. Age and mishaps leave him in a nursing home where his lone friend, Jack (Ossie Davis), believes he’s President Kennedy with skin tinted by Lyndon Johnson. They are also the only ones who know a mummy is devouring souls and unite to kill it.

Elvis: The Early Years is a two-part miniseries in which Jonathan Rhys Myers received numerous accolades. It tells the story of Presley’s tormented youth, his initial rise to stardom, the problems in his personal life, and his 1968 comeback performance. It was also the first time that the rights to utilize Presley’s tapes for musical performances were granted for a portrayal of his life.

The image of Elvis Presley and Richard Nixon shaking hands together was so well-known — and so bizarre — that it has sparked a variety of different interpretations in film.  Starring Michael Shannon as Elvis Presley and Kevin Spacey as Richard Nixon, the film focuses on the efforts that Presley and the White House staff made to organize the meeting with Nixon; the final part is dedicated to the conversation that the two men may have had before their iconic picture.

Elvis’s tale as an icon and creative force is still unfolding, even though his life as a human being is long since over and he is a steadfast fixture in American popular culture. The documentary Elvis Presley: The Searcher, which airs on HBO, investigates the intersections of these tales and the reasons why they are significant to his fans.