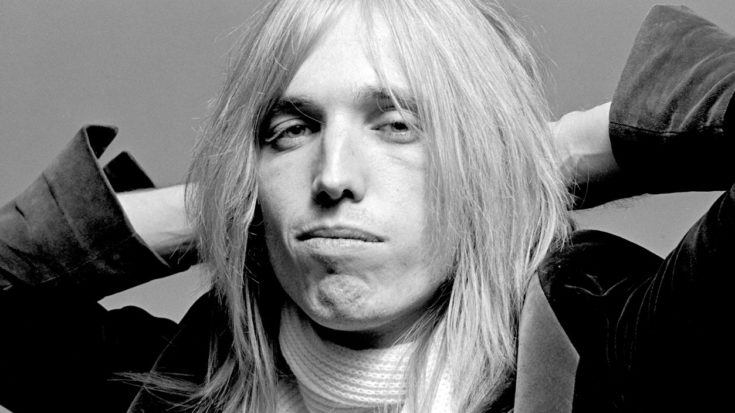 This morning Petty’s estate delivered a one-two punch to fans around the world in the form of some seriously happy news: the upcoming release of An American Treasure, a massive box set that focuses on lesser known and previously unreleased songs from Petty’s career, and a brand new music video for “Keep A Little Soul,” also previously unreleased.

AN AMERICAN TREASURE TO BE RELEASED SEPTEMBER 28 ON REPRISE RECORDS for more info visit https://t.co/XPJgbz9JUi pic.twitter.com/gvd3jDqi7l

The first single from An American Treasure, “Keep A Little Soul” is an outtake from Tom Petty and the Heartbreakers’ 1982 Long After Dark session. It’s accompanied by a music video that feels like a warm hug from an old friend as rare, never before seen footage of Petty and his bandmates flashes across the screen, taking fans back to a time when everything just seemed…simpler.

Petty’s wife, Dana, and daughter Adria are to thank for this treasure trove of “new” music, as are his bandmates Benmont Tench and Mike Campbell. Dana and Adria served as executive producers on An American Treasure after finding unreleased material while going through Tom’s belongings.

“Everyone involved in this project chose each track with tremendous care and deep respect for the body of work Tom Petty created over the course of 40 years,” the Pettys said, promising that this isn’t the last batch of unreleased material to see the light of day.

“He also accumulated a wealth of unreleased music in his vaults, and we have collectively uncovered one gem after another that will keep us all listening and discovering new facets of Tom’s talent for many years to come. We can’t wait to share with Tom’s fans this musical portrait of an artist who deeply affected our culture and indelibly touched the lives of fans the world over.”

An American Treasure arrives on September 28th. It includes 60 tracks spread out across four discs devoted to a different decade of Petty’s expansive career, as well as a 52-page booklet full of rare photos and track-by-track liner notes, making this box set a serious must-have for the devoted Tom Petty fan.

Check out the music video for “Keep A Little Soul” just below this article!