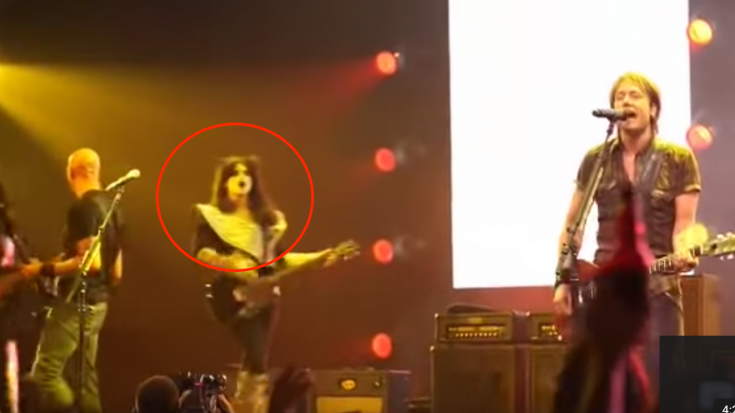 He Wasn’t Ready For This

This is somewhat an oldie but goodie we found. Back in 2009 during a set Keith Urban was performing during a concert, out of nowhere Taylor Swift pops out of the side with her band fully outfitted in KISS costume. At first, you can tell he’s so confused at to what’s going on. Then, he takes a closer look and realizes who it is, almost falling to the ground in laughter. What’s funny is it doesn’t seem the audience really knows who it is. Her voice is pretty recognizable, but it isn’t until the end when she takes off her wig that everyone roars in excitement.

This was all during “Kiss A Girl” in Kansas City, MO. If you look closely it looks like perhaps part of Urban’s band was in on it! Clever, guys. We actually love Keith Urban on this site. If you’ve ever followed his career, you’ll know that he is an absolute MONSTER on guitar. A real musician. A country artist, who is from Australia. Who would’ve thought?