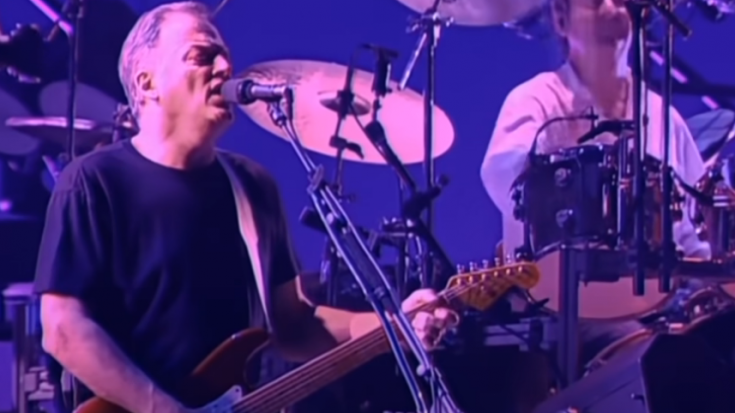 Let’s take a look at Pink Floyd’s performance of “Coming Back to Life,” released as a preview for the band’s upcoming reissue of the 1995 Pulse concert film.

The re-edited and revamped footage shows the group in their 1994 European tour, and apart from that, an exciting shot of the one and only film version of their UK performance of their greatest album of all, Dark Side of the Moon (1973).

“Coming Back to Life” belongs to Pink Floyd’s 1994 album, The Division Bell. It’s the only song from the album to be solely credited to David Gilmour and has been a staple to Gilmour’s concerts with or without Pink Floyd until 2016.

Due this Friday, February 18, the reissue will be accessible as 2x DVD deluxe box sets and 2x Blu-ray. The deluxe package will include several music videos, documentaries, concert films, the band’s backstage rehearsal for the Pulse tour, with a 60-page booklet to bind it all up.

You can watch Pink Floyd’s performance of “Coming Back to Life” below.