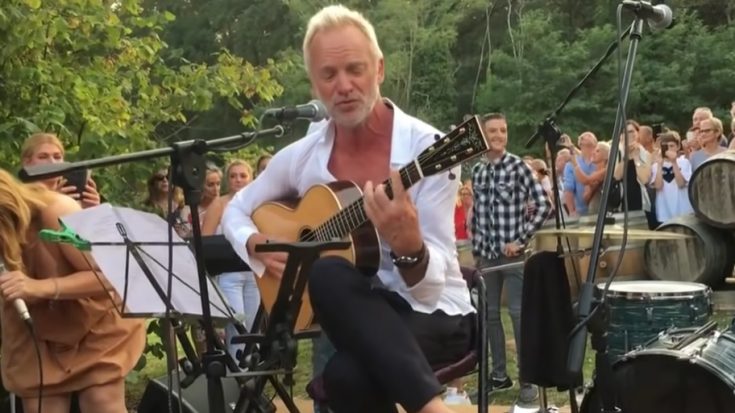 Coming from the Police’s fifth and final album was the pop classic, “Every Breath You Take”. While the band was at the peak of its popularity, it was the sessions from this album that led to the downfall of the band. Sting was just exerting too much control over the creative decisions of the band.

“Every Breath You Take” was written on the same table in Jamaica where Ian Fleming wrote the James Bond novels. This was due to the band wanting to be more efficient with songwriting and traveled to exotic places to do so. He also thought that the song was going to be a major hit even if it wasn’t an innovative track. “‘Every Breath You Take’ is an archetypal song. If you have a major chord followed by a relative minor, you’re not original,” he said in a Rolling Stone interview.

He also admits that the song’s theme is often misinterpreted, mainly due to its catchy progression. “I think it’s a nasty little song, really rather evil. It’s about jealousy and surveillance and ownership.” Guitarist Andy Summers made the arrangement possible, saying in a Record Collector interview that: “Without that guitar part there’s no song. That’s what sealed it. My guitar completely made it classic and put the modern edge on it. I actually came up with it in one take, but that’s because Sting’s demo left a lot of space for me to do what I did. There was no way I was just gonna strum barre chords through a song like that.”

Listen to Sting dish out an acoustic version of the song and shows that he still has it, years after the record was released.