Steve Perry Will Not Make Fans Wait For New Music 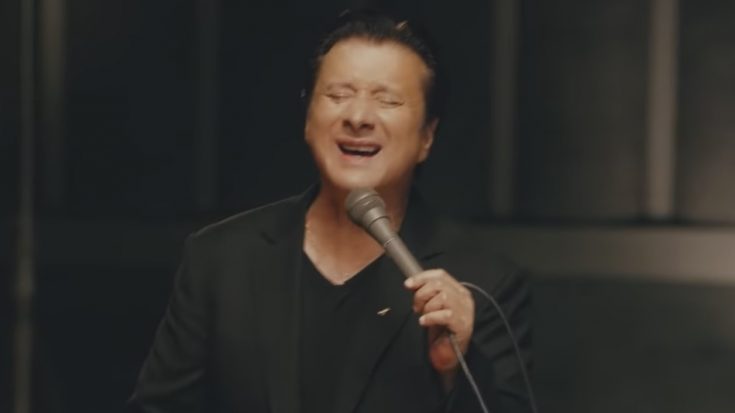 Former Journey frontman Steve Perry says he’s been working on new music lately, and it won’t be long before it comes out.

After almost 22 years away from the limelight, Perry returned to the stage with Traces, his comeback album released in 2018. He also released an updated version containing stripped-down renditions of the album’s songs, which he said was a way to wrap that part of his career.

In an interview with Rolling Stone, he said: “This is a goodbye to the Traces record. That’s because I have so much other material sitting around and new stuff I’ve written.” He also said that drum tracks were still absent on the upcoming material and that he doesn’t have a definite date for the release, saying: “They’re just sketches now in the seed position just like what you hear on Traces (Alternate Versions and Sketches).”


When asked if there will be another 22-year wait, he responded: “Oh, no! Uncle Steve doesn’t have that much time!” As for why he went acoustic on the Traces update, Perry said: “You take any song and sit near a campfire with an acoustic guitar and sing it, the song should be able to survive. It should work just as a melody with lyrics. If the vocal is strong enough to stand on its own, you’ll know it right away,” adding that though he loves rock n’ roll and “the production of rock ’n’ roll. But there’s something to be said for ultimate simplicity.”


There was no tour in support of Traces, although talks about it were prevalent. The song “No Erasin'” contained some of his sentiments on the matter, saying: “For me, it was an emotional fantasy about standing in front of an audience again, although it could be a woman because of the line ‘backseat of your car.’ It’s about reunion. Originally it was inspired by a class reunion, but it became something bigger than that.”


Perry also shared that “Most Of All” was written before he met his girlfriend Kelly Nash, who made a significant impact on his life, which included her death from cancer, to inspire him to do Traces. “I met Kellie Nash and then she passed away,” he said. “And then two years later, I built this studio and made this record and remembered I had this song. Oddly enough, it was about losing somebody. I had not lost anyone like Kellie, though I had lost my mother and father. All of a sudden, this song became very personal to me, even though I wrote it before.”