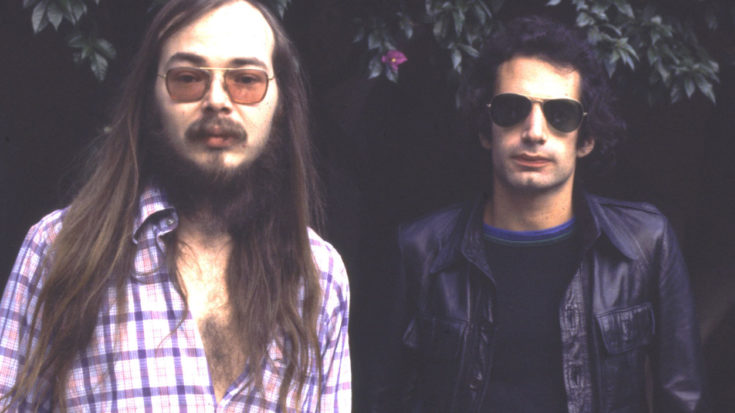 Where fans around the world remember Walter Becker as Steely Dan’s fiercely brilliant co-founder, pulling triple duty as bassist, guitarist, and co-songwriter since the band’s 1972 inception. To Donald Fagen, Walter wasn’t just a bandmate who helped bring Steely Dan to life: he was a lifelong friend, one whose friendship extended back to a chance meeting at Bard College in 1967 after making the discovery that the two shared near identical taste in music.

The months since Becker’s death have no doubt been tough on his oldest friend as he struggles to navigate life without the acerbic wit and brilliance that made up one half of rock’s greatest partnerships, but there’s one thing that brings Fagen comfort: the fact that he got to spend time with Walter one last time before the end came. He tells Rolling Stone,

“When I heard he was really ill I was on the road in, I think, Salina, Kansas, and I flew back. I had a day off and he was in his apartment in New York. And I was really glad that I went. I could see he was really struggling. When I put a chair next to the bed, he grabbed my hand.”

Fagen says the gesture “was something he had never done ever before. And we had a great talk and, you know, he was listening to hard bop – his wife had put on Dexter Gordon records. He was very weak but he was still very funny. I’m really glad I had those hours.”

The pair lost touch for a while during the latter part of the seventies, ultimately finding their way back to each other a decade later and after revisiting the Steely Dan blueprint “developed another terrific band”. Becker’s death leaves an unimaginable hole in the band he helped build and in the heart of the friend with whom he helped build it, but it doesn’t throw its future into a tailspin; far from it, in fact. Fagen insists that the death of his good friend isn’t the end of Steely Dan, but the beginning:

“I intend to keep the music we created together alive as long as I can, both with the Steely Dan band. We’ll miss him forever.”