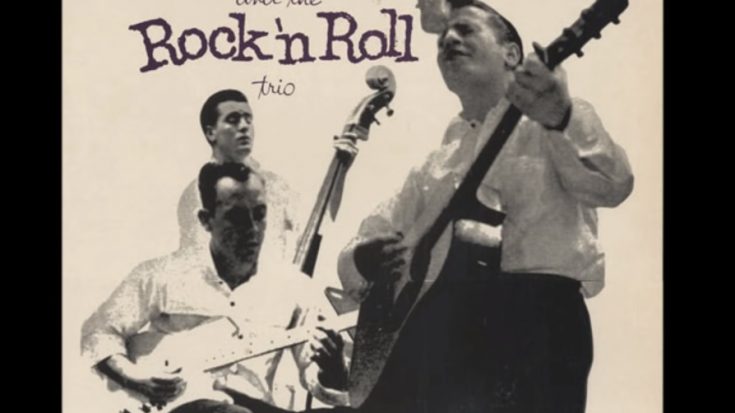 Since we’re talking about rock n’ roll legends every now and then, why not pay tribute to one of the originals that broke stereotypes and paved the way for successors to thrive on? Johnny Burnette & the Rock n’ Roll trio were one of a kind – nobody did it as raw and authentic as they did, especially with the release of their self-titled debut in 1956. Comprised of Johnny Burnette (vocals, acoustic guitar), Dorsey Burnette (bass), and Paul Burlison (lead guitar), the trailblazing trio established a cornerstone level of influence that future acts like Led Zeppelin, Eric Clapton, and John Lennon would emulate later on. In celebration of this criminally-underrated group, here are some of the best cuts they dished out to the rock n’ roll scene.

Before the Yardbirds did it, “The Train Kept A-Rollin'” chugged with the Burnette trio’s raw, timepiece of a version. Sporting a barebones structure, the trio made it work – and astonishingly at that. The guitars are unapologetic on this one, becoming the subject of awe for a lot of people in the ’50s.

“Lonesome Tears in My Eyes”

Another object of fascination for musical successors, “Lonesome Tears in My Eyes” takes roots rock into the spotlight with a click-clack cadence and evocative vocals.

Power in simplicity – that’s what “Honey Hush” possesses. Its mean bass line is mimicked by the guitars for that thick yet unobstructed vibe, complementing the health vocals of Burnette.

While comparisons to Elvis Presley were inevitable, “Rockabilly Boogie” only shows how flawlessly the trio could execute the particular style of the King and outdo him in every way.

“Sweet Love on My Mind”

Using the rhythm and blues technique of call-and-response, “Sweet Love On My Mind” builds up the hype as the song rides its conflict-resolution based arrangement.