She Plays Stevie Ray Vaughan’s “Pride & Joy”- What Did You Think Of It? 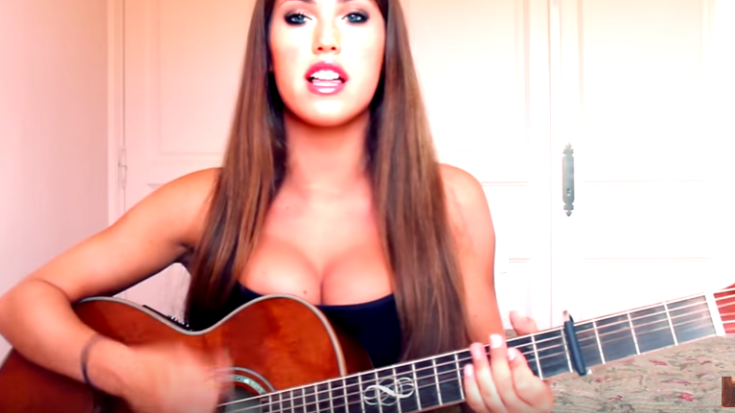 Is She For Real?

Stevie Ray Vaughan raised the bar in guitar playing – the guy was on another level. He played with so much power that made it hard for anyone to keep up. And that’s basically why it’s challenging to cover any of his songs.

But Jess Greenberg made it look relatively easy (and using an acoustic guitar at that)! It’s insane just how good she is and well, we’re probably looking at a future rockstar. Can anyone please sign her up already?!

“Some people are just born to play guitar, and Stevie was definitely one of them…. It’s difficult to emulate SRV’s tone because his hands and soul had so much to do with it. “ – Kirk Hammett on Stevie Ray Vaughan

Greenberg isn’t just an amazing guitarist, she also happens to be extremely talented in the vocal department. This is music at its best. Her guitar playing will just melt your brain.