She Keeps It Simple For Her Cover Of “Simple Man,” But Don’t Be Fooled – She Packs A Serious Punch 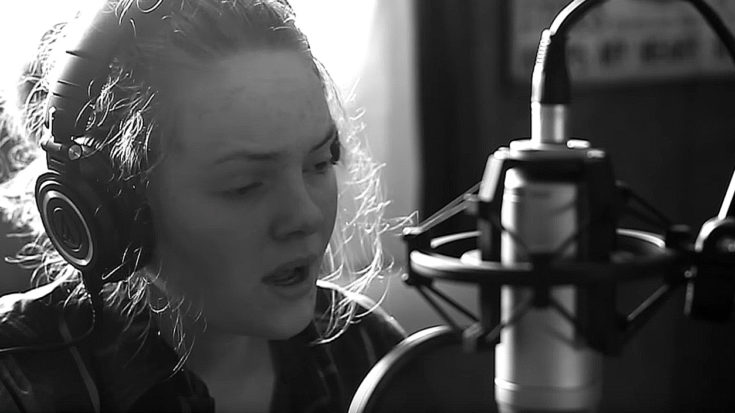 When Ronnie Van Zant penned the lyrics to “Simple Man,” he wasn’t just crafting a song – he was crafting a musical legacy that would rival his own, breathing life into the words we’ve all heard our parents speak. It’s been interpreted in every way possible in every music genre possible – even Slayer took a crack at it last year – and Lord knows that when you’ve heard one cover you’ve heard ’em all, but there’s something about the cover you’re about to hear that hits us a little differently.

Maybe it’s in the simplicity of the approach taken by Sierra Eagleson, the young lady performing it or maybe it’s just the intimacy of the moment that takes you back to quiet lullabies sung in between your parents telling you their dreams for you, but we can’t get enough of this young lady’s take on “Simple Man”.

Don’t be fooled by the quiet strength in her voice; Sierra may not belt the way you’re used to, but she packs a serious punch with this stripped down cover; armed with only a Fender Stratocaster and her voice, Sierra Eagleson does this crucial piece of Ronnie Van Zant’s legacy justice by presenting it in a way that’s true to her identity as an artist and to his fierce dedication to being as honest, open, and truthful with his music as humanly possible. Be sure to check her out and give her a follow on YouTube as well – this girl’s really something special!

Lynyrd Skynyrd is hitting the road this fall and coming to a city near you – don’t miss your chance to see them LIVE! Tickets always sell out fast for such a legendary band, get yours now by clicking here!