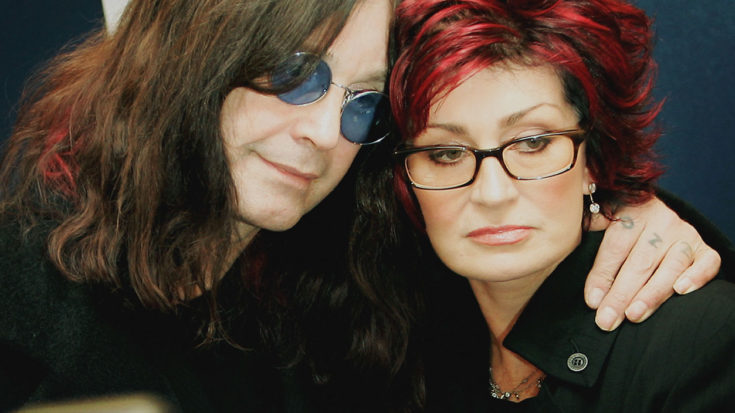 Though things have settled down considerably for Ozzy and Sharon Osbourne in the wake of the shocking revelation that he’d been in a years long affair with celebrity hairdresser Michelle Pugh, an interview with The Telegraph revealed that Sharon’s heartache didn’t come from just the one affair – it came from 5 others going on at the same time, in different countries.

The situation came to a head when Ozzy accidentally sent Sharon an email intended for another woman as the two sat watching television one night; confused, Sharon asked why he’d sent her the email and after insisting he hadn’t sent her an email, a look at Ozzy’s phone confirmed Sharon’s suspicions as it revealed that its contents were intended for another woman entirely.

“There wasn’t just one woman; there were six of them. Some f––ing Russian teenager, then a masseuse in England, our masseuse out here and then our cook,” Sharon told The Telegraph.

“He had women in different countries. Basically, if you’re a woman giving Ozzy either a back rub or a trolley of food, God help you.”

Their 30+ year marriage was thrown into a tailspin as details of Ozzy’s transgressions were everywhere, with Sharon moving out of the family home for a time and Ozzy undergoing counseling for sex addiction as a result; despite the looming threat of divorce, the Osbournes found their way back to each other, ultimately renewing their wedding vows earlier this year and are now anxiously awaiting the birth of son Jack’s third child. Determined to stay the course and make amends with his family, Ozzy had this to offer when Hello! Magazine asked how he’d managed to get “back on track” with Sharon:

“I’ve damaged our relationship. But I promised her that I would stick with my sex addiction therapy. I don’t want to be that person anymore. I’ve been doing my utmost to make amends to Sharon and to all of the family.”