Sammy Hagar Won’t Be Doing A “Farewell Tour” Ever 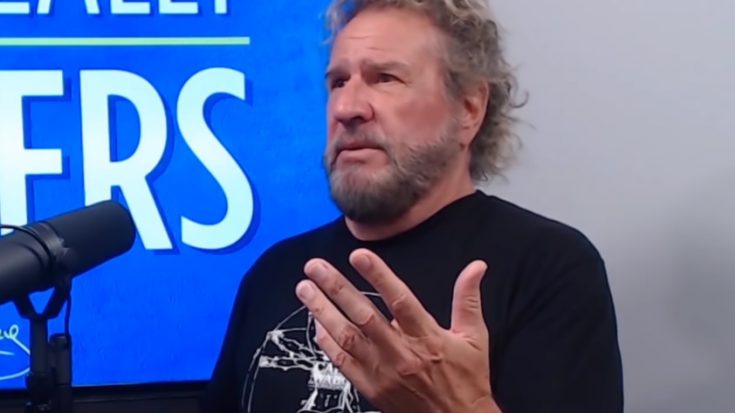 Sammy Hagar won’t be joining the ranks of fellow rockers who have decided to exit the industry with farewell tours. The Red Rocker offered insight with St. Louis’ KSHE 95, saying that a farewell tour might not be the path he is taking when he wraps up his touring career.

In the midst of his contemporaries making it big via their final touring runs, Hagar said, “I haven’t announced my farewell tour retirement yet… I have never announced my retirement and I’ve never made a farewell tour, and I don’t think I ever will. How about that? I just won’t bother with all that.”

“I’ll just keep playing till I drop — or till I’m not good anymore. If I’m not any good anymore, then I’ll say, ‘Well, I’ve gotta quit,’ and I won’t go do a farewell tour, ’cause I stink — I can’t sing anymore, I can’t play, I can’t jump around, I can’t walk out onstage; you have to wheel me out. So guess what? I’m not doing a farewell tour,” he continued.

Touring has been one of Hagar’s focuses in the recent months, as he was expected to join Whitesnake and Night Ranger on a summer tour, just before the pandemic struck. In relation to COVID-19, he says that he’s open to playing concerts even before the development of a vaccine should things calm down.

“If it calms down and it seems OK, I wouldn’t mind playing an outdoor amphitheater,” Hagar said. “I’ve already talked to the promoters and the powers that be that own those places. I’ve said, ‘What if we put sterilization things all over the place? Hand sanitizers, too. And hand out face masks.’ I’m not talking about now. I’m talking about when it first starts opening back up. In a big open-air setting, only sell 10,000 out of 19,000.”

He concluded with: “I want to make sure it’s not escalating. When it’s declining and seems to be going away. I mean, it’s the flu, I guess, unless there is something I don’t know … It’s like the cold or pneumonia. Someone is always getting something.”