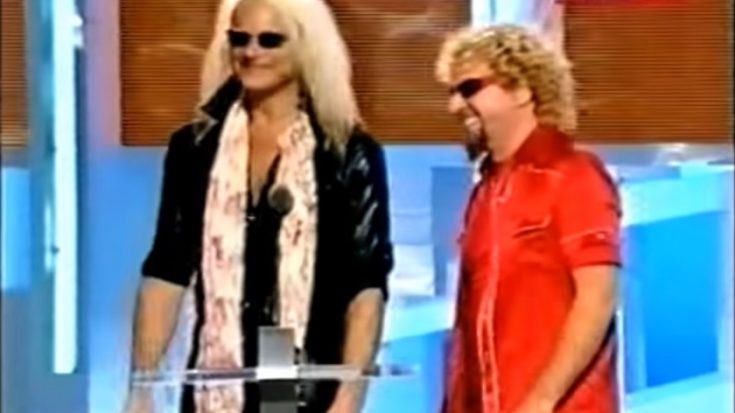 Sammy Hagar wasn’t insulted one bit by becoming the subject of David Lee Roth’s latest comic strip, even saying that he’s interested in buying Diamond Dave’s new cartoon of him.

“I want to thank my old buddy Dave for considering me interesting enough to be the subject of his fine art hobby,” said the Red Rocker, responding on Instagram after Roth made him the subject of a new comic titled “The Daily Catastrophe”. It references Hagar’s career, including his nickname and his 1984 classic, “I Can’t Drive 55”.

He even went as far as commenting below Roth’s original post, writing: “Dave my old buddy, I would love to buy this piece of fine art. Is it for sale? How much? And where can I see it in person?”


When a fan complimented him for his positive attitude towards the artwork, Hagar said: “that’s exactly why I posted it. I think it’s cool and it’s actually good. … I got no problem with Dave.”


Hagar said he was open to the idea of a Van Halen Kitchen Sink tour but humorously noted that it would need some effort to pull off if he were to share the stage with Roth. “I love the guy, I love the music, but he’s just not user friendly. He’s always gonna pull something to try to make you look bad and him look good,” he said on Eddie Trunk’s SiriusXM show.

An Instagram user suggested that the comic was a response to Hagar’s comment, but he disagreed, saying, “I didn’t knock him. I was saying that he’s a tough guy to work with and believe me, that’s the truth. But he couldn’t have painted it that fast. This is too good. There’s absolutely no angst from me. I love it.”