Sammy Hagar And The Circle Has A New Single Out! 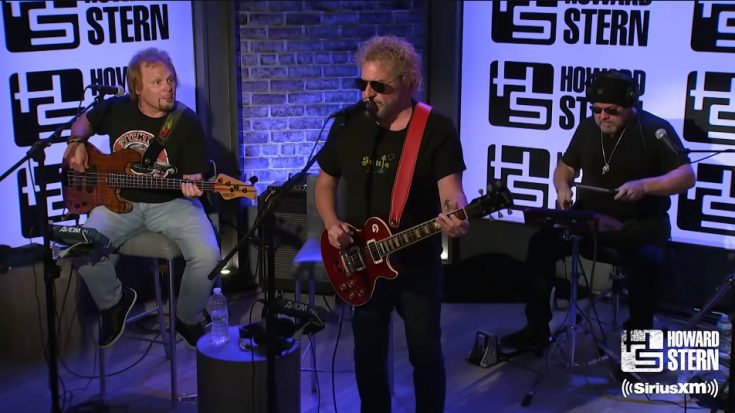 The rag-tag supergroup The Circle fronted by former Van Halen vocalist Sammy Hagar is giving you a sneak peek to their upcoming debut studio album, Space Between. The track “Affirmation” has gone online as a teaser for the 10th of May album release.

The single is the third track on the studio album set, following the lead single “Trust Fund Baby“, and “Can’t Hang“. Haggar ambitiously calls Space Between a concept album.

“The ten songs on Space Between are not just a bunch of new songs grouped together on an album. They were sewn together conceptually for a complete mental, emotional, and physical experience (kind of a Three Lock Box). Once I had the overall vision, the music and lyrics began to just flow through me,” Hagar proudly proclaimed.

“Affirmation” first saw the light of day, or the stage rather, on the opening night of their Space Between US tour in Reno, Nevada. The track was the final performance for that evening, on the 19th of April. The Circle also performed classic rock hits from the Montrose, Van Halen, and Led Zeppelin. The band is scheduled to tour 23 cities for the said venture, and will be joined by Vince Neil and Night Ranger on specified dates.