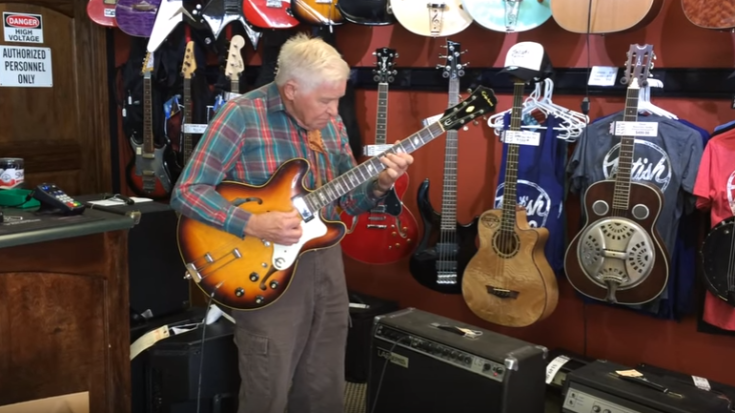 That’ll Shut Everyone Up

What I would do to be as good as him in playing the guitar and to be just half as cool when I reach that age. This video was uploaded in 2014 and Bob Wood, the master at work, just turned 80 years old at the time. Now, who said that rockers won’t grow old is 100% correct. In this clip, you can see the guitarslinger casually tearing up “Bésame Mucho” and that speaks volumes about this man’s talent.

“I learned as a kid growing up in the Shenandoah Valley, Virginia where I was born and raised. My Daddy was a 5-string banjo picker and I learned to play at old fiddle hoedowns–playing things like Arkansas Traveler.” – Bob Wood

Even he was surprised this went viral. You know what’s better than listening to him play classics? It would be sitting beside him, jamming along and hearing some of his stories. Now that would be more fun!