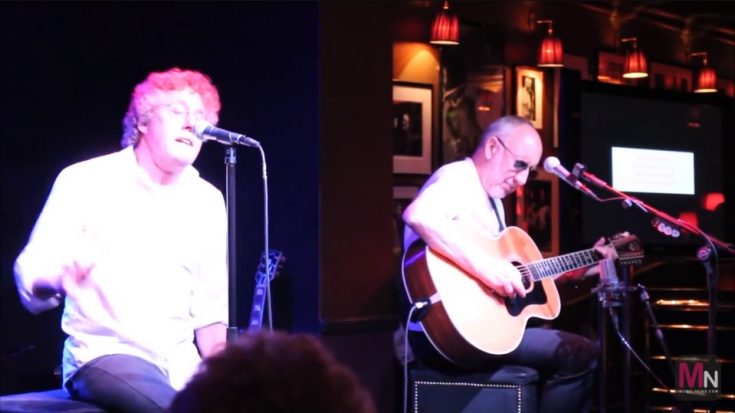 The Who live at the Ronnie Scotts, 2014 - MusicNewsWeb / Youtube

With news of The Who currently working on a new album, Roger Daltrey says he’s angered Pete Townshend on some occasions, and shares his strategy on approaching the new songs provided by the guitarist.

While Daltrey claims the new album will top Quadrophenia in terms of artistry, there has been no announcement of a release date in sight, although the band has been performing new material onstage recently.

In an interview with Uncut, Daltrey said “Pete presented me with 12 demos. And there were four, maybe five, of them which I really didn’t like. I thought it was a great Pete Townshend solo album. I told him that. And he got quite angry! He said, ‘I wrote them for you!’ I said, ‘Pete, I don’t know how I can improve it.’ I couldn’t see myself climbing in.”

“I have to say it’s a far better Who album than it is a Pete Townshend album! I mean, I don’t know what people want out of the Who anymore. But the songs are fabulous,” Daltrey added. He also said Townshend is his favorite guitarist of all time, opting for his creativity than technical prowess of their contemporaries.