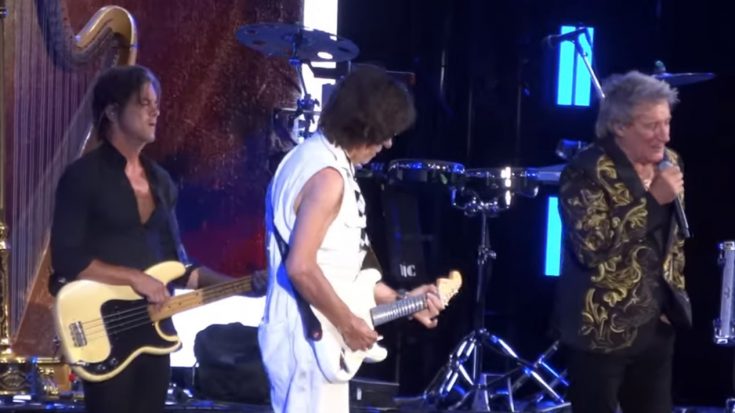 Rock legends Jeff Beck and Rod Stewart recently reunited onstage at the Hollywood Bowl on September 27, after what was a lengthy ten year gap from their last. The former bandmates shared the stage for the encore performance, after Stewart delivered the main set that included four acoustic performances and his own rendition of Fleetwood Mac’s “Go Your Own Way”. The set with Beck included songs like “People Get Ready”, “Morning Dew”, Rock My Plimsoul”, and “Blues Deluxe”.

The two first got together for Jeff Beck’s self-titled project band in 1967, where they first took the stage in 1968 as an opener for the Grateful Dead at Fillmore East. From an archived interview with the Chicago Tribune, Beck explains how their songwriting process went about. “The songs flowed out so fast, it was incredible. I would come up with the music and the grooves, and Rod would return later with these great lyrics. Since the band was basically a three-piece, there was no room for messing about. We had to hit where it hurt all the time or the whole thing would have fallen apart,” he shared.

Fast forward to separate careers and almost five decades later, the two reunited in Beck’s 2009 LA concert, where Stewart made a surprise appearance, the two performing “People Get Ready” and “I Ain’t Superstitious” together.