Rockstars Before They Were Legends 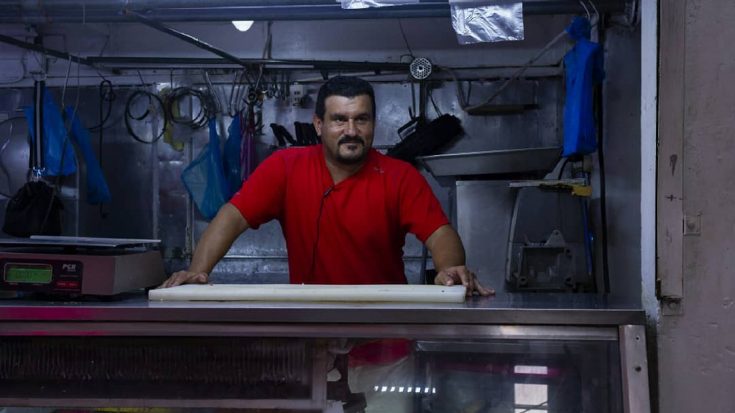 To the average joe, the life of a rockstar must have been one of the most exhilarating experiences one could ever have. Dominion over the stage and audience, bright lights, deafening music, ecstasy-fueled backstage encounters, road trips, making serious dough, the appeal of the rockstar life caught its patrons like deer in headlights. However, the rise to legend status doesn’t always start as envisioned. You’d be shocked to know how these big names started before picking up the mic and instruments! Here are some peculiar jobs these rock legends took before surfing the airwaves.

Before winning over the crowds with The Rolling Stones, Sir Mick Jagger had humble beginnings. He worked as a porter for a Bexley psychiatric facility, transporting patients and medical equipment to where they were needed. Imagine Sir Mick rocking medical scrubs – crikey!

This androgynous glam rock legend tried to get into music even in his earlier years. Bowie worked for a meat merchant as a delivery boy to save up for a saxophone after getting wooed in by Little Richard, aspiring to play it for him. This was the start of Bowie’s dive into the alluring world of music.

While the Prince of Darkness has terrified fans and bandmates alike, he isn’t immune to terror himself. Osbourne did a couple of jobs before, but nothing compared to his experience in the slaughterhouse. “I had to slice open the cow carcasses and get all the gunk out of their stomachs… I used to vomit every day. The smell was something else”, Osbourne recounts.

Black Sabbath’s guitar meister used to fashion metal before sizzling riffs. In fact, he lost the tips of the middle and ring fingers on his right hand after a freak accident in the metal factory. However, this did not stop Iommi from playing the guitar. You could say metal strengthened his mettle.

Before being known as Gene Simmons, he was Chaim Witz, an editing assistant for Vogue Magazine. His instrument of choice was a typewriter, and prided himself of his mastery over it. It didn’t seem to influence the fashion get-up of KISS in any way, though.

Legendary guitarist for The Rolling Stones, Kieth Richards went after bouncing and rolling tennis balls in his younger years. Constantly tailing his ‘rents tennis games, Richards knew his way around the sport before long.

Patti Smith was a factory worker making toys before becoming the punk poet we know today. While the vocation may seem mundane, Smith has had traumatic experiences in the job. She was a constant victim of bullying by fellow employees. However, all of these built up inspiration to become a musician.

Queen’s legendary frontman Freddie Mercury was involved in the selling business model in the 1960s. Being a fashion and art scholar, he mainly sold clothing items and his artworks. Even in business, Mr. Fahrenheit adds flair to everything he does.

The guy who wrote songs inspired from serial killers seems to have had a compassionate career in the past. In fact, Araya was a respiratory therapist, helping people with breathing problems. From saver to Slayer was one hell of a transition.

Before having shot the sheriff, Eric Clapton was in the construction career before. Having been kicked out of art school, he worked as an assistant for his grandfather who was a master bricklayer. Clapton appreciated the effort put into it and injected the work ethic into his own person.