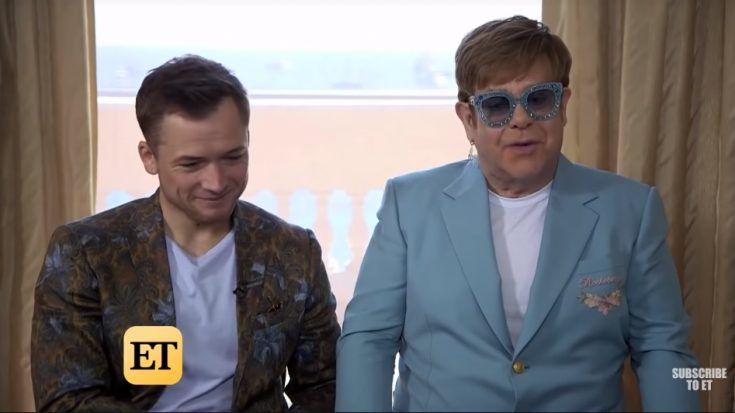 Rocketman lead actor Taron Egerton has been announced to do the narration for Elton John’s upcoming memoir, Me, in audiobook form.

Egerton saw success in his portrayal of the iconic rock legend, contributing his vocal performances for the film. He was also featured in Elton John’s Farewell Yellow Brick road tour in June, singing side by side with Elton himself. This time, he’s back again to narrate Elton’s upcoming memoir in the audiobook format.

“Elton John is a fascinating man, at times incredibly intimidating and yet very vulnerable – I have never met anyone like him. I was passionate about my role as Elton in the movie Rocketman and this feels like the perfect closing chapter to the whole experience. I am honoured to have been asked to narrate Elton’s autobiography and I’m excited to get started,” Egerton said when asked about his experience with the rock star.

Elton John himself will also take part on the unabridged version of the audiobook memoir, which is set to run a lengt of 13 hours. Me will be released on the 15th of October.

Here are some snippets of the book’s synopsis.

“By the age of 23 he was performing his first gig in America, facing an astonished audience in his bright yellow dungarees, a star-spangled t-shirt and boots with wings. Elton John had arrived and the music world would never be the same again.”

“In Me, Elton also writes powerfully about getting clean and changing his life, about finding love with David Furnish and becoming a father. In a voice that is warm, humble and open, this is Elton on his music and his relationships, his passions and his mistakes. This is a story that will stay with you, by a living legend.”

The audiobook is now available for pre-orders.