Robert Plant Shares 10 Of His Favorite Records Of All Time 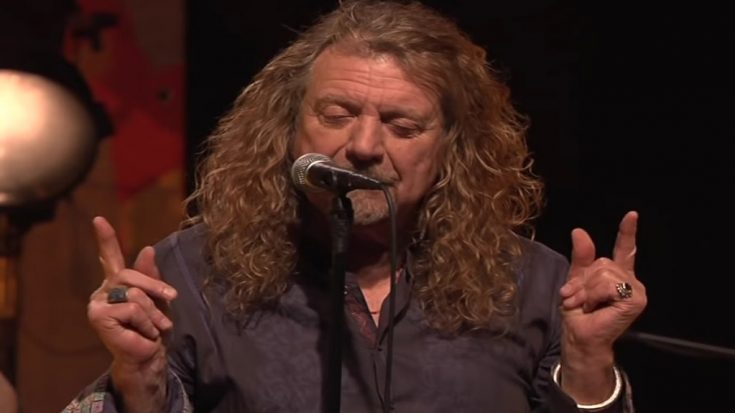 Robert Plant, the golden-haired lead vocalist of Led Zeppelin, the archetypal frontman that one wishes to be, has had a rough path before he became the legend that he is today. When he met Jimmy Page, he was a singer in a then-promising group, The Band of Joy. Music became something that the two would eventually bond over.

Plant’s collection over the years became a remarkable document of his evolution as a singer. During his childhood, Plant was hooked on folk and classic blues of America. It was also the ones that made the singer become instant friends with the LZ guitarist.

Plant also developed an intense liking for Johnny Ray and Buddy Holly. Page once admitted in an interview: “[Johnny] Ray’s masculine whimper was remarkable, really. When you were holding your dad’s hand and looking up at all the men around on the street, nobody was making that noise.” As for Buddy, the young Robert saw him perform at the TV show called Sunday Night at the London Palladium, making rounds with his Fender Stratocaster. Such an encounter made a strong impression on him.

Eventually, Plant became captivated with modern American blues— listening to the likes of The Volumes, Bo Diddley, Pattie Labelle, and the Blue Belles, and many more artists. The adolescent Robert developed a sense of fondness for American rock, and he seemingly associate that with his style of singing.

With Robert being in his early 70s now, he is still the young man that he knew who became an avid fan of all things Rock N’ Roll. Inside his home are the huge array of collections: Vinyl, CDs, records, you name it. Without these influences, there wouldn’t be even a legendary Robert Plant that we all knew after all.

You can read and listen to Robert Plant’s favorite records below.