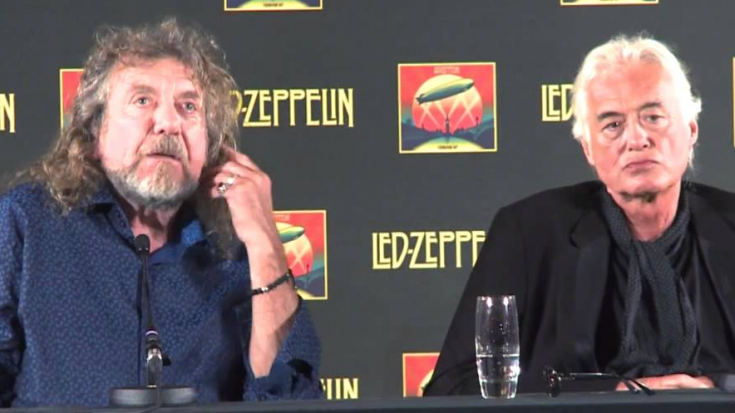 Chance encounters somewhat make the whole world go round, and music industries are no exception to that. Rarely, that one ridiculous meeting you have with an ordinary person could potentially blossom into an everlasting friendship and together, you’d conquer the world. Perhaps, such happenstance can be associated with the band Led Zeppelin, when frontman Robert Plant first met John Bonham from an unlikely moment they shared inside the Old Hill Plaza in Birmingham.

At the height of the “British Invasion,” therein lies the unpopular bands who had no luck finding their way to stardom if they don’t try harder. Among the long line of the lowkey was Robert Plant’s band, The Crawling Kingsnakes, who got the chance to perform at the iconic Old Hill Plaza. During Plant’s set with his band, he caught glimpse of a rather displeased-looking man who was observing their gig. Afterward, Plant strikes up a conversation with that person, who turned out to be his future bandmate, John Bonham.

Plant recalled the encounter: “So I was playing at the Plaza and saw this guy in the crowd looking up, sort of scowling, he said to me ‘you’re alright, but you’d be a lot better if you had the best drummer in the world behind you.’” The braveness of Bonzo’s words surprised Plant, but he continued:

“I said, ‘yeah yeah, and I suppose you’re him?’ He said, ‘yeah.’ And I said, ‘Okay, good, well that sounds alright. But where do you live?’. He said ‘Redditch’. And I said, ‘So you’ve got a sense of humor then. But Redditch is like 25 miles from where we live. We can’t afford the fuel to go and pick you up.”

Later on, Bonham would join the Kingsnakes, but it would disband eventually. Plant would venture on to some other bands (Listen and the Band of Joy) until he met Jimmy Page, who was looking for a frontman for his New Yardbirds setup. It was then at this moment that Plant would bring up Bonzo’s name once more, and the rest is history.

You can listen to Robert Plant reminiscing his encounter with John Bonham below.