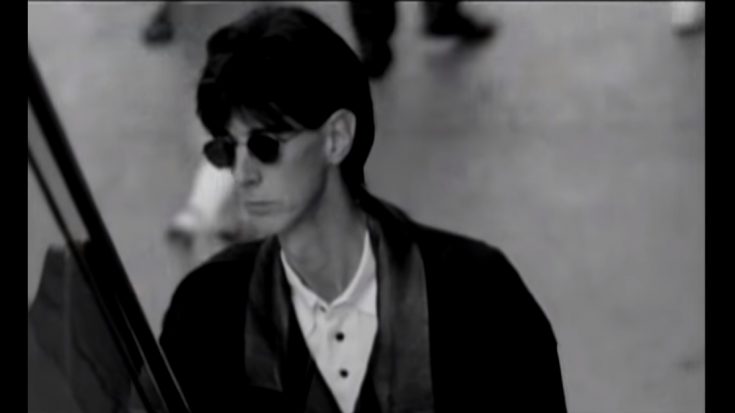 The late Ric Ocasek’s widow, Paulina Porizkova, shared and reminisced her time with her husband, and recalled the musician’s last day, even detailing how she discovered his lifeless body. In an interview with Rolling Stone, Porizkova looked back at Ocasek’s gentleness and impressive work ethic. She revealed that Ocasek was frequently writing songs whenever he was at his home studio, saying he had written songs that were “entirely new and different and still very him and really hooky.”

She also said his death wasn’t caused by complications from a surgery he underwent a few weeks earlier. The surgery was apparently successful, and Ocasek was recovering well along. The news brought the family closer together, as Porizkova and Ocasek separated in 2017. “In the weirdest of ways, the surgery was a blessing. We had two weeks of just the four of us watching our favorite TV shows and me cooking or ordering in and hanging out. In this cloud of awfulness, that was a silver lining,” she shared.

In their last evening together, Ocasek was looked after by their youngest son, Oliver, when Porizkova dropped by to give him cookies, but Ocasek declined saying he already had some for the day, and wanted to save the cookies she brought for the next day. “And that was the last time I saw him alive,” Porizkova said.

She returned by the morning, where she found him asleep, so she did some chores round the house. But as 11 am came, a feeling of uneasiness washed over her. She went back to the bedroom only to find Ocasek not having moved an inch. “And at that point, I knew, but I couldn’t believe it. I walked up to him and he still looked asleep. Except he was really, really still and his eyes were a little bit open. I thought he was waking up, actually. I was about to wave my hand in front of his face and go, ‘Hey, I brought you coffee.’ But I touched his cheek and it was like touching marble. That was pretty fucking awful,” she said.

Before calling 911, she gave her sons some time to say goodbye and spend some hours around the bed. But just as she placed the call, paparazzi already swarmed the house in a span of 2 minutes. She expressed her frustration at the medical coroner’s decision to disclose Ocasek’s health issues to the public, saying, “I don’t exactly understand the postmortem. And I’m so super-bummed and pissed off that stuff like this is public knowledge. Thanks — so while we grieve, why don’t you all take apart what my husband died of?”