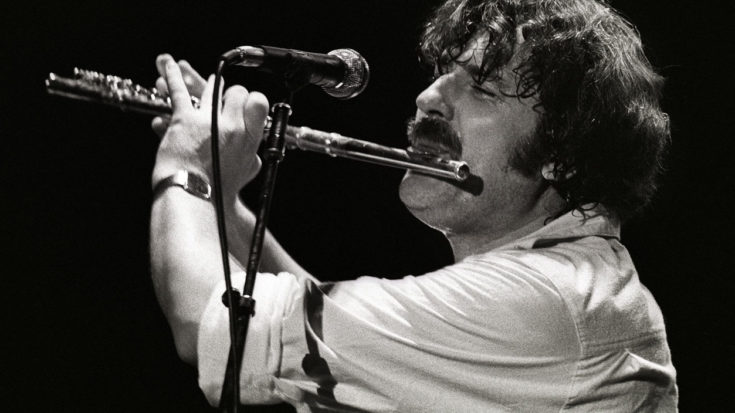 Fans around the world are grieving what once was and what should have been following the death of Moody Blues flautist and co-founder Ray Thomas, dead at the age of 76. The news was broken by his music label, Esoteric Recordings/Cherry Red Records, who report that Thomas died suddenly on Thursday, January 4th at his home in Surrey, south of London; while Thomas’ official cause of death has yet to be revealed, it’s worth noting that in 2014 he revealed that he’d been diagnosed with inoperable prostate cancer and prior to that, suffered from mounting health issues that ultimately forced him to retire from The Moody Blues in 2002.

Born December 29th, 1941, Ray Thomas spent his teens playing in rock and blues bands around Birmingham before fate found him forming The Moody Blues in 1964 with bandmates Denny Laine and Mike Pinder. With a lineup rounded out beautifully by Graeme Edge, John Lodge and Clint Warwick, The Moody Blues under Thomas’ lyrics, vocals, and instrumentation developed a lush, full bodied sound that would catapult the band into legend as one of progressive rock’s most fiercely respected forefathers.

It wasn’t until 1967 that The Moody Blues’ career really took off, quickly achieving platinum-selling status and critical acclaim with their sophomore album Days of Future Passed; a brilliant concept album still seen as the gold standard of studio albums, Days of Future Passed and its well loved single “Nights in White Satin” saw Ray Thomas’ artistry come to the forefront as his captivating flute solo took hold of listeners and refused to let go.

Thomas’ bandmates Justin Hayward and John Lodge each took to the band’s official Facebook to issue statements on the passing of their decades-long friend and former bandmate, heartbroken that the most critical link to their past, present, and future is gone.

“My heartfelt condolences to Ray’s family. All my thoughts are with them, and I send them my love. Ray was a kind, generous and ‘giving’ musician and friend through all those magical years for the group, and I treasure all the music we made together,” wrote Haywood.

"My heartfelt condolences to Ray's family. All my thoughts are with them, and I send them my love. Ray was a kind,…

“Ray and I have been on this magical journey through life together since we were 14…two young kids from Birmingham who reached for the stars…and we made it together. El Riot you will always be by my side.”

What a terrible, terrible way to begin a year. Thomas is survived by a family who loved him endlessly, friends and fans who respected him fiercely, and a powerful legacy that will forever set the bar impossibly high for all who come after him. Rest in peace, Ray.