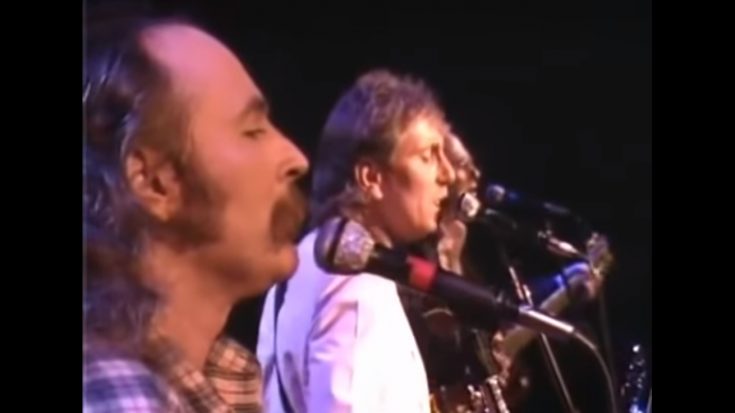 Coming forth from one of the most influential rock supergroups in history, Crosby, Stills & Nash remains to be one of the most powerful debut catalogs a band could ever release. The members were alumni from The Byrds, Buffalo Springfield, and The Hollies, so the trio had nothing going for them but high hopes and expectations. Their exquisite mix of country, folk, blues, and rock, along with immaculate tri-part harmonies, paved the way for soft rock and related styles to proliferate. Here are some of the best songs on the leading CSN album.

The lengthy track does itself justice with the no-nonsense, transparent arrangement it has. Stephen Stills dedicated the song to his ex-girlfriend Judy Collins, who was also a folk singer. Distinctly partitioned into four sections, “Suite: Judy Blue Eyes” features a pop-ish progression and their signature harmonies early on, followed by a chugging hyped-up section, with some scat singing in the mix.

A true-blue pop song in its entirety, “Marrakesh Express” was supposed to be presented to Stills’ previous group, The Hollies, but was sadly rejected. Now with a renewed sense of purpose, Stills employed a well-thought lead guitar arrangement on the track, hanging over with such mysticism with its positively uplifting sound.

The song was from the proto-trio that had Jefferson Airplane’s Paul Kantner before Graham Nash joined the fray. The harrowing theme of the track carries over from a concept perspective of the sparse survivors from a post-apocalyptic setting.

Folksy “Helplessly Hoping” is a serene and pure sonic experience with its barebones acoustic arrangement that was done with every intention of having the rich three-part harmony of the trio come to light.

The band knew how to have fun musically, as shown by “Long Time Gone”. The pop rock record featured a funk-filled bass progression complemented by organs, while the licks of lead guitar accentuate sonic detail like none other. As usual, CSN didn’t forget to add a dose of vocal harmonies that perfected the track even more.