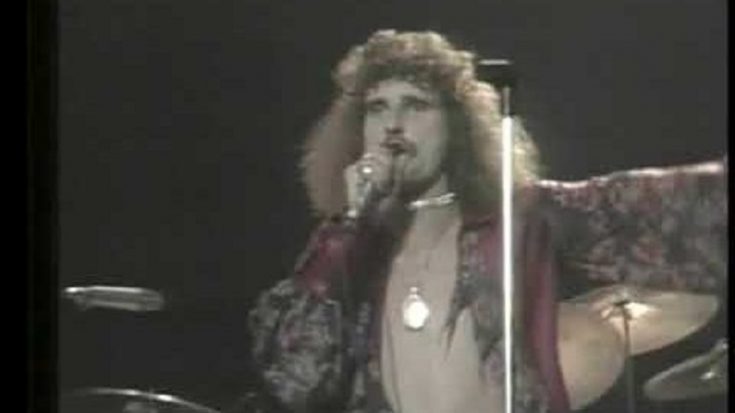 British Rock band Uriah Heep got their first taste of sweet success with their release of “Easy Livin’.” Below, let’s watch the band perform it in full force at Cleveland Stadium, in 1975.

The song was released as the 2nd single of the band’s 4th studio album, Demons and Wizards. Their first and only top 40 hit in the United States, it climbed to No. 39 on the Billboard Hot 100 in September 1972. As well as making it into the Top 20 in Norway, Denmark, Finland, and Germany, the song’s greatest triumph was achieved in the Netherlands where it peaked at No. 5. The single also peaked at number 25 in Canada. To promote their album Live in Moscow, the band released a single in the UK featuring a live version of the song and featured new vocalist Bernie Shaw.

Since its release, “Easy Livin’” has been a staple of small-town cover bands’ Saturday night lineups. It makes sense, given that the song’s lyrics seem to be about leading a stress-free existence. The song’s lyrics, on the other hand, were meant to be ironic. Ken Hensley, who wrote the lyrics, told Songfacts: “I knew we had a great song for the band and it translated into a great live song but, since I never wrote (nor write) with a particular ‘destination’ in mind, I hardly ever considered that a song may succeed to any extent at all.”

Moreover, the song has been included most in Uriah Heep’s live sets. Unfortunately, the band’s popularity declined throughout the 80s, but at least we get to see the band in their heyday during the 70s.

You can watch their performance below.