Relive The Monkees Winning The Emmys In 1967 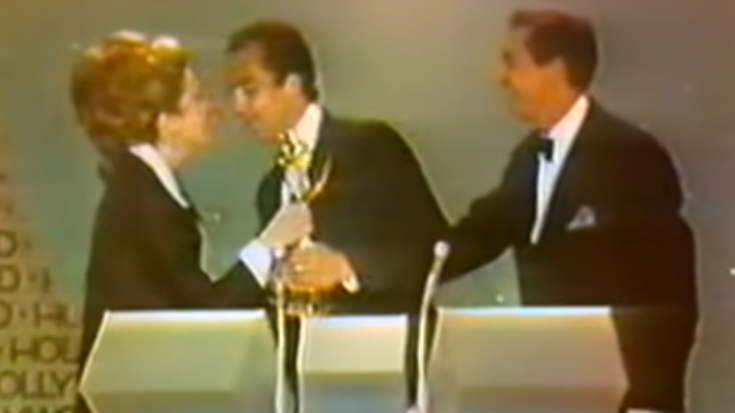 The Monkees’ hit TV show became an innovative piece of entertainment in the 60s. What the people wanted to see at that time that was new and refreshing were delivered by the four guys who “wanted to make a name for themselves” in the world of rock n’ roll.

The TV show became one of the most beloved shows in the 60s and was known for its new wave film techniques that became the norm following its release. Albeit its short span of 2 seasons, the series became commercially successful and even went on to win honors, especially at the prestigious Emmy Awards in 1967.

The video given below shows the group sitting at a table, waiting for the announcement of the “Outstanding Directorial Achievement in Comedy” award. James Frawley, the Monkees’ director for their TV show, won the award, as the camera pans to the view of The Monkees, who were extremely full of glee after the announcement. Frawley gave thanks to the people, and mentioned “some 4 guys,” meaning Peter Tork, Michael Nesmith, Mickey Dolenz, and David Jones, but was hilariously replaced by the names of “Harpo, Chico, Groucho, and Zeppo.”

The next clip shows the nominees for the “Outstanding Comedy Series Award,” with which The Monkees won. Bob Rafelson and Bert Schneider gave a short message, saying “thanks” and “to The Monkees, who really won the award.”