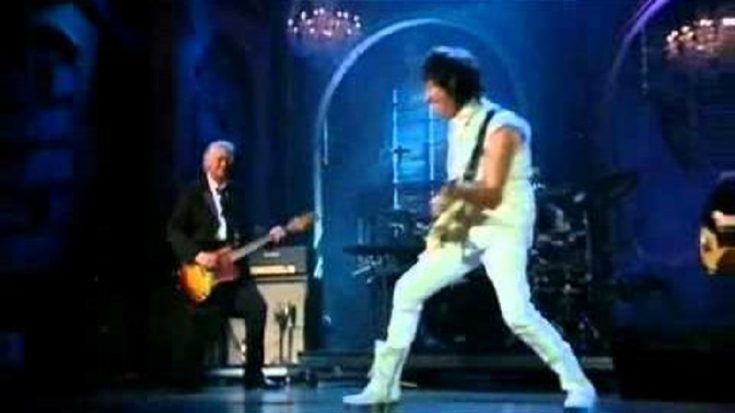 Jeff Beck and Jimmy Page— two titans in the world of rock. It’s a tandem that any music fans might have anticipated, given that these two guitarists have already shared the stage during their early career from the Yardbirds. Inside the group, they became familiar with each other’s style and helped achieve its greatness which became the ticket for their career boosts later on.

Since then, the two have achieved massive success in each of their endeavors. This prompted the Rock and Roll Hall of Fame to induct the legends, First Jimmy Page for his efforts in Led Zeppelin, and then Jeff Beck for his solo career. But, way before the individual honors, Page and Beck were already inducted from the RRHF in the year 1992 as a part of the Yardbirds. By then, Beck wasn’t too pleased on receiving the award, telling the audience: “someone told me I should be proud tonight, but I’m not. They kicked me out. They did. F**k them.” The rather aggressive comment towards his bandmates was his way to address the bad blood between them after his contemporaries threw him out of the group.

But this time, Beck spoke more warmly from the honor presented to him. Jimmy Page was the one to induct the guitarist, and later on, joined Beck’s band for the splendid rendition of Jeff Beck’s classic “Beck’s Bolero.” The performance then escalated on the quintessential LZ tune “Immigrant Song.” The best of both worlds indeed.

Watch the performance below.