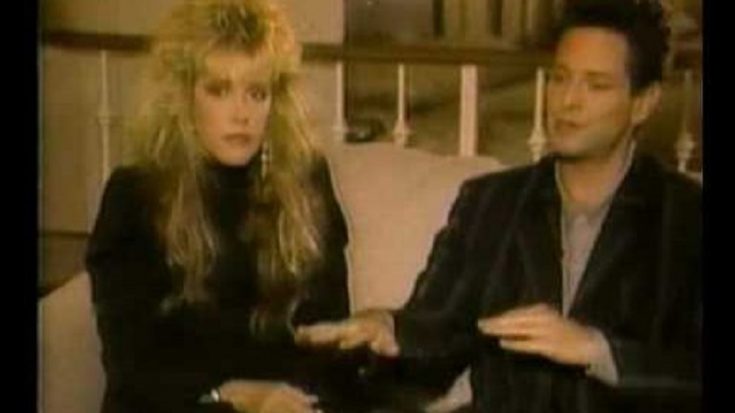 The emerging popularity of Fleetwood Mac in the 70s made it big when their album Rumours, catapulted them to success and making this gem spend time on the Billboard charts for 31 weeks.

Yet, as conflicts started to break them up as a group, with different priorities like solo albums gave them a time to emerge as a solo artist, it was a unanimous decision to let the Fleetwood Mac name rest— until Tango In the Night came and gave them another chance to re-emerge as a powerful group once more.

In this rare 1987 interview for their Tango In The Night album promotion, almost all the members of the band (John & Christie McVie, Lindsey Buckingham & Stevie Nicks) were present for an interview with Nina Black. The interview, split into two groups of the McVies and Buckingham-Nicks, was full of revelations and insights about what is happening right at the moment for the group.

“I wanted to be in a big-time Rock and Roll band, and we needed the money,” Stevie Nicks blatantly said this statement when she was asked why she and Lindsey joined Fleetwood Mac. The interview also gave Christie and John an opportunity to express how the group managed to stick together by treating it like a family and the band being the driving force for that. Mick Fleetwood was also acknowledged as the guy who “oversees everything,” making his personality one of the great reasons why the group still exists.

Stevie Nicks then addressed how her solo album helped her deliver a lot of her unused material that she wanted to show. With the band containing some of the greatest songwriters in music, it’s hard to compete with the song choices.