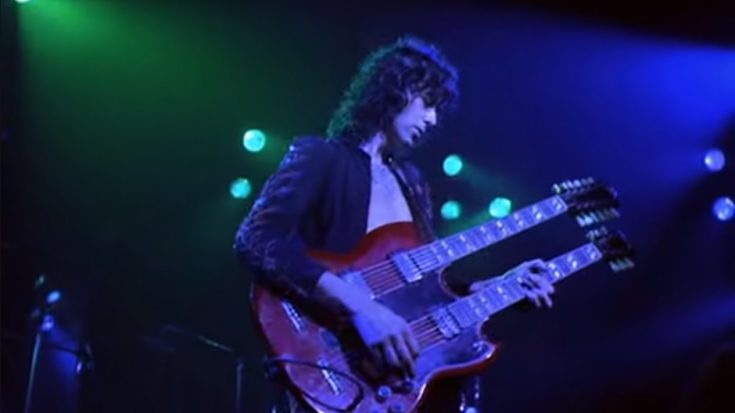 You know your band hits hard when your sophomore album sells like hotcakes on a bustling neighborhood. While Led Zeppelin’s debut album was a massive success within itself, Led Zeppelin II exceeded expectations of fans and even the members themselves. Continuing their hard/blues rock legacy, the second album helped shape the genre’s landscape even further, with hits such as “Whole Lotta Love” and “Ramble On” leading the charge. Here are the album’s best tracks ranked, though you are very welcome to disagree, and share your thoughts with us on the comments.

Probably one of the more underappreciated Zep tracks from their entire catalog, Living Loving Maid strays from the twangy blues formula, for that heavy hitting riff progression and straightforward arrangement. The song is explosive from the start, with Plant’s vocals already piercing through like a javelin to the heart.

Jimmy Page’s mastery of the blues is evident in this track, and while he only plays the standard blues scale, he does so tastefully. It also features a solo in its literal sense, where Page is left by any kind of accompaniment to unleash a beastly performance of improv blues for an enduring 45 seconds.

4. What Is And What Should Never Be

Surely an oddball track with its out of place intro, the song unfurls into the signature Led Zeppelin sound once it goes on to the chorus. Arguably one of the best chorus parts written by the band, the track is a hidden delight beneath the album’s brute surface.

While “Whole Lotta Love” has the title for the most famous riff in this album, “Bring It On Home”  sheds an equally mind-blowing progression which Page inlays with loads of effects and heavy blues pizzazz, along with Bonham’s thunderous kit-playing.

“Ramble On” was what Led Zeppelin sounded like when they tried to blend to the mainstream. The lighthearted arrangement, along with Plant’s controlled vocals and Jones’ highly-infectious bassline, makes for a pop-ish track that was radio friendly, yet had that Zep bite to go along with it.

One of the most recognizable Led Zeppelin tracks right from the intro riffs, “Whole Lotta Love” became one of the band’s greatest successes. The signature breakdown with a theremin involved, leading onto the brief yet fiery solo by Page, paints the track with its well-known sound that has been influential with their successors.