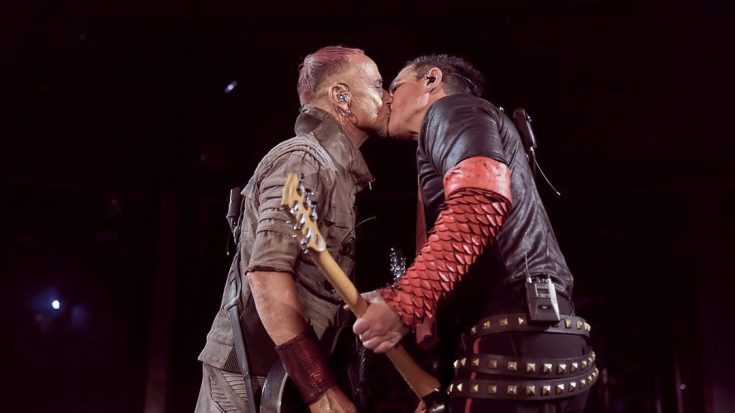 German rock band Rammstein just made a statement in the recent show they had in Russia. Guitarists Richard Kruspe and Paul Landers kissed onstage at the Moscow Luzhniki Stadium, showing their stance against the anti-LGBT laws of the country.

2013 saw the passing of the gay propaganda law in Russia, courtesy of their president Vladimir Putin. The law was meant to “protect” children from exposure to homosexuality being normalized as a lifestyle. The “Propaganda of non-traditional sexual relationships” with a minor can result in a fine, with foreigners prone to arrests and detaining of up to 15 days before being deported.

The talk of gay rights has been a taboo subject in Russia, although some development has been made, as data from the Moscow Times have 47 percent of correspondents agreeing that the LGBT community deserves equal rights, while 43 percent do not share the same sentiments.

Following this scandal, Rammstein has yet to be “reprimanded” for breaking the gay propaganda law. Click on the video below to watch the actual footage.