Prince Was Worried Journey Would Sue Him For “Purple Rain” 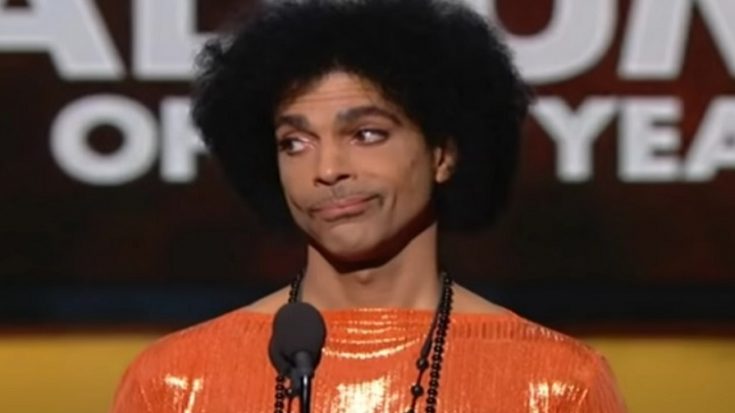 Prince became known for his hit, “Purple Rain.” The amount of fame he’d received upon releasing this seminal track was incomprehensible, and the song truly made him a star. But Prince was too careful with his gem, and even called Journey for fear that he might be facing a huge mistake if he wasn’t cautious.

Why did the singer call and asked permission? Well, it so happens that Prince’s “Purple Rain” chords had a similar structure to Journey’s “Faithfully.” The latter was released in 1982 and was a Top 20 hit in the Billboard Hot 100. That alone spoke to Prince that if he won’t ask for consent, people would notice.

Journey’s guitarist Neil Schon remembered the moment when the singer called in to ask permission. “Prince felt, I guess, it was obvious enough that he was worried we were going to sue him,” he said. “I think he called our office asking about it and we all talked about it, and everybody said, ‘Nah, it’s the highest form of flattery. Let it go.’”

Jonathan Cain was also eager to ditch a songwriting credit offered to him by Prince, saying that it will just bring out the “bad juju” to him. “I just thought it seriously showed the kind of caring, classy guy Prince was. He wanted to check in with Jonathan Cain and make sure I wasn’t going to say, ‘That sounds like ‘Faithfully.’”

Cain also juxtaposed the difference between ripping off a Journey song with asking for permission to tweak a famous Journey riff. Prince’s phone call gave them an assurance that he’d do great things with “Purple Rain.”