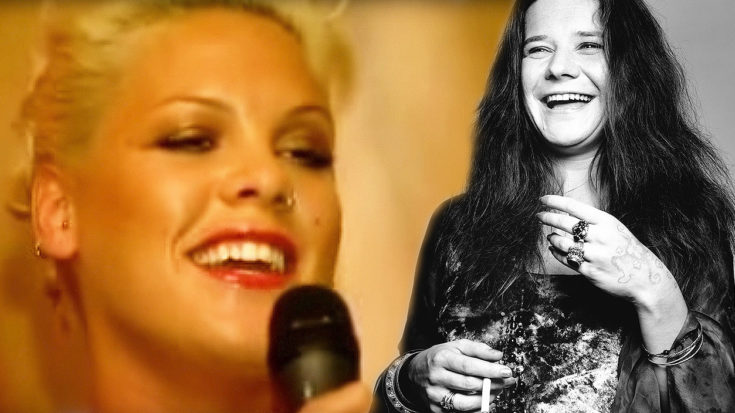 At the age of 27 years old, Janis Joplin passed away, and the world was never the same. The world lost a beautiful human being, who had a unique and incredible voice. There may never be another Janis Joplin, but there have been some artists who have emulated her voice and style. One of the more well known artists to emulate Janis’ voices style is Pink. Pink has been recognized as one of the best voices of the current generation and has covered many artists over her career, even Janis Joplin!

This video in particular, is a phenomenal example of how similar Pink’s voice is to Janis Joplin’s! Although it’s only a short clip, Pink sings Janis’ classic “Mercedes Benz.” She sings the chorus flawlessly, to the point where if you close your eyes you could swear it was Janis!

Fun Fact:According to Bobby Womack (recounted in his book Midnight Mover), he took Janis for a ride, and she was impressed with the new car. After a few blocks, she started singing: “Lord, won’t you buy me a Mercedes Benz…” They immediately went back to the recording studio and laid down the vocal track!

Check out Pink’s phenomenal cover of this song down below! Hopefully a full version of her covering this song surfaces, because we can’t get enough!