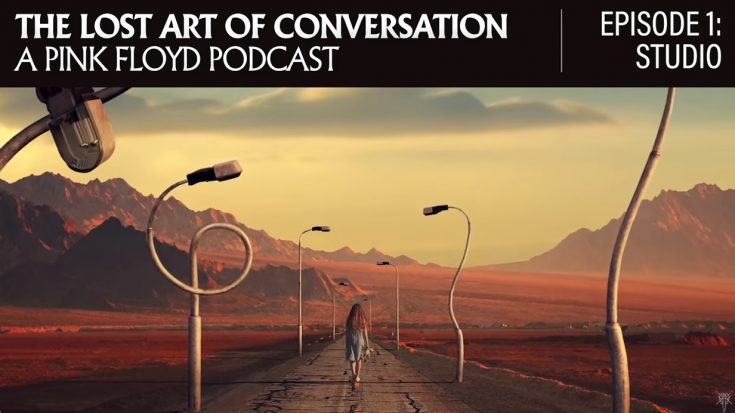 The first installment of a new Pink Floyd podcast has already been uploaded online. This limited-edition podcast series is part of the promotional marketing for the band’s forthcoming box set, “The Later Years 1987-2019”.

The podcast titled The Lost Art Of Conversation, is a four-part weekly program that has Pink Floyd guitarist David Gilmour on the desk, along with BBC Radio’s Matt Everett, to look back at the influential rock act’s history after bassist Roger Waters left the band in 1985. Pink Floyd released their first record without Waters’ participation in 1987, titled A Momentary Lapse Of Reason.

“It’s quite a big thing to carry on Pink Floyd with Roger Waters having gone. He is a big, big part of it obviously, a major talent and our primary lyricist, so it was difficult,” Gilmour recalls.

He continued, “I was so glad to have Rick Wright there with his ideas and playing the way he did. And Nick Mason is the perfect drummer for Pink Floyd. It all felt son right on those sessions.”

“The Later Years 1987-2019” will be available on the 13th of December, and will feature an updated version of “A Momentary Lapse of Reason”, and expanding version of Delicate Sound of Thunder, and unreleased studio material from the band in between.