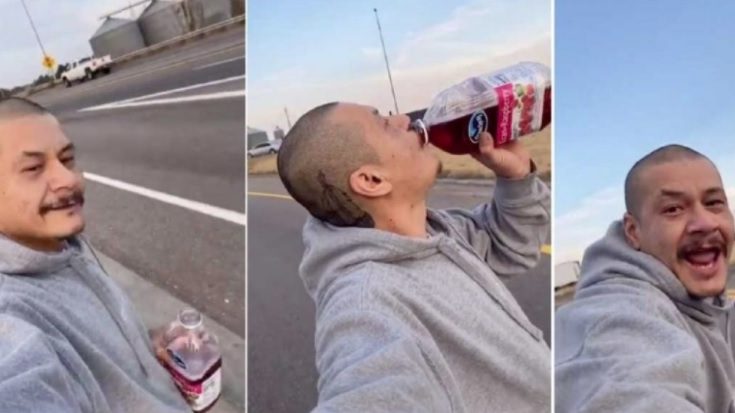 Who knew a chill skateboarder going his own way while sipping on juice and listening to Fleetwood Mac would garner worldwide amusement? Nathan Apodaca, the 37-year-old potato warehouse worker that became a viral Internet sensation overnight, certainly didn’t.

Apodaca had cranberry juice in one hand and his phone on the other, skateboarding down the highway while singing along to Fleetwood Mac’s 1977 classic, “Dreams”. Whether it’s the laidback, appreciative vibe that the TikTok video gave off or the contrasting image of a rugged man enjoying such an emotional song, it certainly tapped into the hearts of viewers worldwide. At the time of writing, Apodaca’s video has already raked in 36 million views.

This has benefited Fleetwood Mac, apparently, as the video caused a spike in sales and streaming figures for “Dreams”. Even Mick Fleetwood has recreated the video as an acknowledgment, along with several other copycats. Apart from celebrities and personalities, random netizens have also put up their own versions of the skateboarding stint, holding their custom beverages in hand and wearing varying styles and costumes while jamming to Fleetwood Mac’s quintessential hit.

PROTECT YOUR HEAD! So theres a whole challenge going on with the viral #FleetwoodMac skateboarding video, but in each of them we keep seeing that theyre missing the most important safety item…#Dogfacechallenge #Dreams #bikesafety @fleetwoodmac @StevieNicks @MickFleetwood pic.twitter.com/Fy9jhi03WC

Porter is out chasing his #dreams today. #FleetwoodMac pic.twitter.com/gzZSyIyx7G