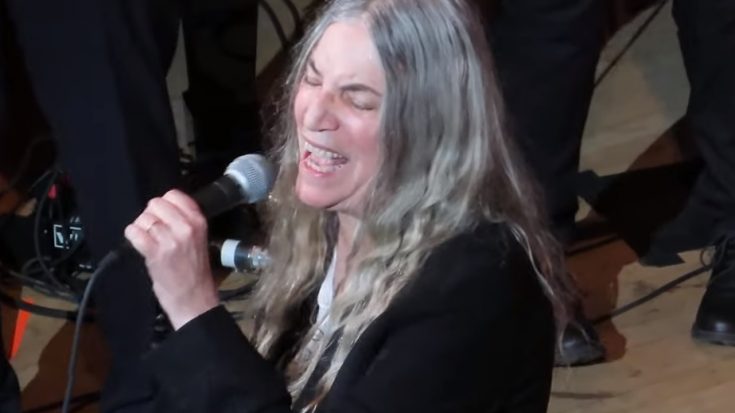 Iggy Pop performed the Lou Reed-written “We Are The People” with the help of Laurie Anderson before going off and transitioning into his 1969 Stooges hit “I Wanna Be Your Dog” by ripping off his sports coat. The latter track was accompanied by a bare string section, making it a fresh take on the gritty classic.

Patti Smith performed her 1997 song “Don’t Say Nothing”, which was inspired by the final days of Allen Ginsberg’s life. It was quite a special number since she hasn’t performed it publicly since 2011. Beforehand, she dedicated the song “About A Boy” for the late Nirvana frontman, Kurt Cobain. Smith wrapped up her set with a performance of her 1988 song “People Have The Power” with the help of every performer for the evening.