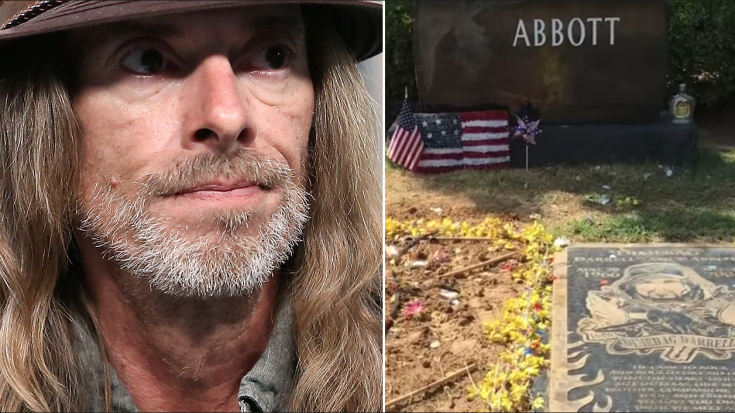 In 2004, Rex Brown received a late night phone call that ended his world as he knew it.

Fourteen years later, he received another phone call – and like the one over a decade before it, it brought him to his knees.

The former Pantera bassist will never forget them, the phone calls that notified him that friends and former bandmates “Dimebag” Darrell Abbott and later, older brother Vinnie Paul Abbott, had died – Dime’s death coming in 2004 at the hands of a crazed gunman and Vinnie’s last summer as he slept in his Las Vegas home.

Vincent Paul Abbott aka Vinnie Paul has passed away.
Paul is best known for his work as the drummer in the bands
Pantera and Hellyeah.
No further details are available at this time.
The family requests you please respect their privacy during this time. pic.twitter.com/4yCzabmWVt

Brown, 54, had grown up with the Abbotts, playing in a high school lab band with Vinnie Paul before joining him, Dimebag and vocalist Terry Glaze in Pantera in 1982. Just as Dime’s death had done that late night in December 2004, the shock of Vinnie Paul’s death shook Brown to his core – the usual questions of “what?” and “how?” the only thing at the front of his brain.

In an interview with Loudwire, Brown recalled the moment the call came in, the shock and disbelief of the news still apparent. “It was just another phone call of, ‘Are you sitting down?,’ and I’m like, ‘Oh my God, who is it now?’ Never in a million years would I have thought it would be Vinnie,” Brown shared. “It’s just wild and insane.”

While the rock world came out in droves to express their grief and share memories of the late Pantera and HellYeah drummer, it took Rex a few weeks to collect his thoughts before weighing in. He promised a full length statement on the passing of his friend and bandmate at a later time and two weeks later, he made good on his promise.

STATEMENT ON THE LOSS OF VINNIE PAUL: ˝I’ve been devastated, saddened, and shaken, almost beyond words, about the passing of my longtime brother in Pantera, Vincent Paul Abbott”….read more https://t.co/NU3DAnezga pic.twitter.com/xXWxlop9TV

But if there’s anything positive to be found in this experience, it’s the way Dime’s death prepared him for Vinnie’s passing. Brown revealed that this time around, he took time to pause, reflect, and process his friend’s death last summer – something that took him “years in therapy” to learn following Dime’s 2004 murder.

“I had to reflect on it and it’s something you have to process. I learned the first time with Dime, and it took me years in therapy to get the f—over. When those tragedies hit, you just pull your boots up as much as you can and you go.”

Our hearts go out to you, Rex.