Overlooked Songs From The Kinks’ Albums 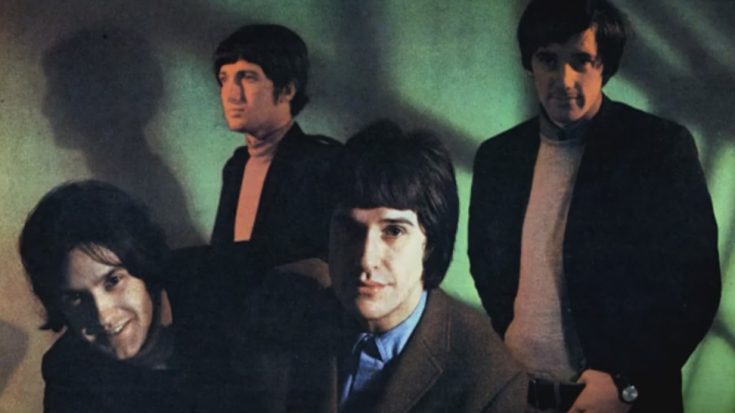 While most people want to encapsulate the Kinks’ image into labels like punk or garage rock, it is clear that the band had more going for them than that. Multifaceted songwriting and implementation made them stand out from the rest. Despite all of this, the Kinks weren’t always successful in their creative ventures – but they didn’t consider them as failures. Here are some overlooked gems from their catalog that you need to listen to truly understand what the Kinks were capable of.

Ray Davie’s songwriting genius was explored once again in an ironic catalog that would bring out one of the band’s best ballads to date. on “Moments”, good memories are contrasted with the singer’s own insecurities and lack of judgment that make it an achingly vulnerable piece, almost all too relatable at one point.

“Have A Cuppa Tea” exalts the beverage to holy status as the Kinks frame it as a unifying factor in the fascist landscape of the song. Considered as a medium of power that represents the common denominator of the townsfolk, the idiosyncrasy of it all just takes the subject to a whole new level.

The apparent creative clairvoyance in “Where Are They Now” transports the listener back just a few years before rock and roll became the major turning point in human culture. Ray Davies pines for the ’60s as if it were a lover long gone in a melodic package that could trade blows with their best-known hits.

“Dreams” provides a delicate balance between indulgent rock and roll and a certain dreaminess that could only be the work of Ray Davies. Here he sings about the archetypal story of a man with big dreams and perfectly projects it on the straining performance.

The Kinks couldn’t have used satire better than on the album Arthur…with the song “Yes Sir, No Sir” indicating the anger Ray felt against British imperialism and its machinery. And what better way to do it than with military music references and attitudes.

The Lola Vs. Powerman album discusses the highs and lows of rock and roll life, with the song “This Time Tomorrow”. The lofty imagery used on the song was just the perfect intensity to match its moving arrangement.

“Wicked Annabella” – The Kinks are the Village Green Preservation Society (1968)

The Kinks crafted a horror story that would haunt the kids of Village Green with such frightening imagery, but listeners will find that these are taken from themes of everyday life. It tells us that the monsters we were scared of as kids really didn’t go away, but only changed form.

“Animal Farm” – The Kinks are the Village Green Preservation Society (1968)

While God watches from his vantage point and overseeing his creation, the farmer doesn’t care for much except for toiling the land he owns. “Animal Farm” is what you get when one is devoid of great worries that hinder most at all times.

“Do You Remember Walter?” banks upon a chance encounter with a childhood friend as the singer reminisces their time together doing silly things and getting away with it. Now faced with the burdens of adulthood, he is worried about how he will respond should he meet his childhood friend again.

“Big Sky” – The Kinks are the Village Green Preservation Society (1968)

Ray Davies stirred quite the controversy with the song “Big Sky”, talking about an indifferent God that didn’t care much about the suffering of his constituents, doubling as a wake-up call for those who worship him to come to their senses – all in a hopeful tone.

“Lavender Hill” and its obvious sarcasm doesn’t hide the fact that Ray enjoyed making up nature’s sceneries, his mind’s eye aware of how to recreate the perfect garden paradise. He also sings about hippie culture when he hasn’t grasped the whole concept yet.

The Kinks were in top shape when they recorded “Pictures in The Sand”, the song being immaculately produced and written. Happy images are fleeting in the lyrics with Davies in obvious enjoyment of it all, but perhaps it was a bit too much even for him.

How does one generate sensory triggers from something as arbitral as music? It’s probably best to refer to “Lazy Old Sun” where the intense heat from the great orb is being sought after by the singer, even considering its enduring life as his gospel truth.

“No Return” contemplates the loss of a lover in a melancholic yet affirmed manner. Ray sounds resigned singing on the track, sharing his fear of losing love but at the same time, he is accepting and content with the results.

“Rainy Day in June” perfectly captures a rainy scene but with extra ominosity as various creatures react to the incoming weather barrage. The Kinks make use of special effects to heighten the feel of fright and glee on the song.

It’s no secret that Dave and Ray Davies’ sibling relationship wasn’t the best at times. The dysfunctional duo is reflected in the song “Two Sisters”, with the characters Sybilla and Pricilla representing the polar opposite personalities of the Davies siblings. It’s interesting to note how the story develops differently from what the Davies siblings are in real life.

Playful and bright, “I’m On An Island” surprisingly shows how isolation is seen through a positive lens. Of course, we’re talking about Ray Davies and his idiosyncrasies so it’s no surprise that the contrasting ideas seem to jive well in this song.

Songs dealing with loss doesn’t always have to come from a romantic perspective. Take “Rosie Won’t You Come Home Please” for example, which expresses the pain of Ray and Dave Davies’ mother pleading to their sister Rose who immigrated to Australia with her husband.

Dave Davies steps his songwriting game up with the song “Wait ‘Til Summer Comes Along”, which was proof of his budding maturity in the field. He says the song follows a time of depression in his life, possibly about the girl named Sue whom he got pregnant but was barred from seeing due to his mother. This led to him not knowing about his daughter for years, which was probably a place of anguish when he found out.

The brothers play the contrasting roles of hope and despair in “The World Keeps Going Round”. It doesn’t shy from being overbearing and in your face, the unapologetic emotion washing over listeners with such force that it infects their psyche as well.