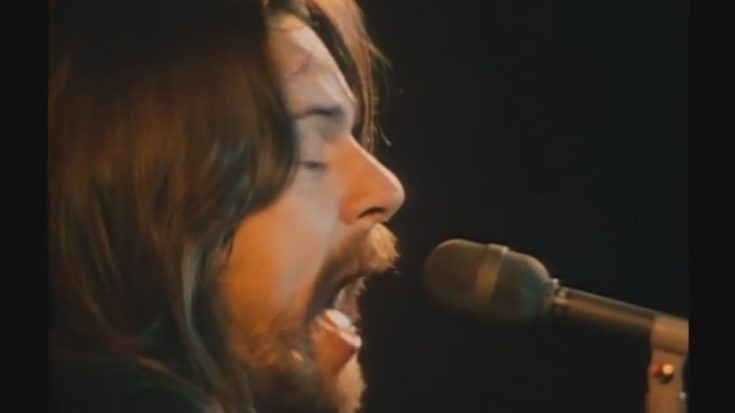 Bob Seger’s resilience in the music industry cannot only be credited to his desire to make great music but ironically because he made great music. The demand for Seger’s talent was always high, as he was able to make you feel things you haven’t experienced with his consoling yet convicted delivery that has been tried and tested through the years. With that, here are some underrated gems from the husky rocker’s extensive catalog selection.

Bob Seger tells you to hold on with the opener of his 2006 album, Face The Promise. With incredible singalong potential, “Wreck This Heart” drenches you in struggles of hardships, life’s fleetingness, and how to overcome it all.

Released in the 1970 record Mongrel with the Bob Seger System band, “Lucifer” is one of the cuts that would shape how Seger’s sound would be thereon forward. Gritty and powerful, “Lucifer” could have easily been a hit if it were released with his more successful albums.

How weird would it be to hear Bob Seger do a psychedelic record? You won’t have to wonder, however, as “East Side Story” and its acid-rock influences are very evident, Seger clearly wanting to try his hand at the genre that was hard to pull off but sounded great when you did.

Seger entered the scene with a tour de force of rock and roll conviction on “Tales of Lucy Blue” from Ramblin’ Gamblin’ Man. Here, he displays his mastery to mix garage rock with psychedelia in a moving piece worthy of recognition from each genre’s top players.

Seger’s tried and tested classics often push his equally-potent cuts out from the limelight, which was quite the common occurrence due to his profound songwriting skill. “Brave Strangers” has Seger tapping into his eye for romance in a song that would become a mold for his future ballads.

Just like the title suggests, “Heavy Music” has some weight to it added by the ambiguity of the lyrics and spun by the gritty arrangement. Seger clarified later on that it was all about the effect of music on people and not about sexual references.

Seger winces in pain from the memories of his hometown with the one-two punch combination of “Makin’ Thunderbirds/Boomtown Blues”, the pressure getting to him even years after his departure.

It was a race on who made the better recording between Seger and Rod Stewart as they tried their hand at the Tom Waits cut, “Downtown Train”. It took years for Seger to release his, however, but proved that his decision was the right one to make.

A certified rocker in and out, “The Mountain” wasn’t possible without the help of former James Gang and Eagles member Joe Walsh. His raunchy guitar gave the song a rabid quality that would serve its purpose in spicing things up.

Seger was an activist just as much as he was a rocker and didn’t want to settle for something to put food on his plate. “2+2=?” showed his take on the Vietnam war with a brooding sound augmented by acid rock influences.

Seger digs deep into his psyche on “Till It Shines”, weighing his successes with his personal demons if it was still worth it. Seger was in peak commercial form during the era, but his loneliness barred him from completely relishing it.

Van Morrison should be honored that Bob Seger injected his formula into his original, “I’ve Been Working”. It just had the hints of Morrison’s DNA but you could really tell that Seger was in charge with this rendition of the song.

He’s been known to rock hard in most of his records, but “Jody Girl” captures Seger through a different lens. Here, he takes on the form of a supportive spirit that pushes you on to your fullest potential, the overflowing sincerity unmistakable in every line.

One great gem from Against the Wind was “No Man’s Land”, a contemplative piece that examines the trappings of life from different perspectives. The general conclusion is that it simply takes its course and is indifferent to mankind’s circumstances.

Seger doesn’t shy away from the idea of venturing into unfamiliar styles, like on “Come To Poppa” and its funky groove. This wouldn’t be possible without the help of the Muscle Shoals Rhythm Section, however.

Jazzy, bluesy, and everything in between – this was the case with “Sightseeing” from The Fire Inside of 1991. It was spruced up with liveliness to the gills, enhanced by the inherent quirkiness of an accordion courtesy of Bruce Hornsby.

Bob Seger doesn’t hide the fact that he’s such a Tom Waits fan with his rendition of “New Wet Coat of Paint”. In the usual Seger rocker fashion, the song is delivered with the propensity to shake the ground.

Anti-war sentiments were close to Seger’s heart, and it isn’t a surprise that he recorded Creedence Clearwater Revival’s “Fortunate Son” as a result. His rendition is one of the most dignified and still carries the bitterness of the message while keeping it entertaining at the same time.

Ballads here and everywhere – “Good For Me” was piled upon but this didn’t take away the classic efficacy of the effect of women over Seger. His bewilderment and admiration for them were probably inspired by personal encounters and experiences.