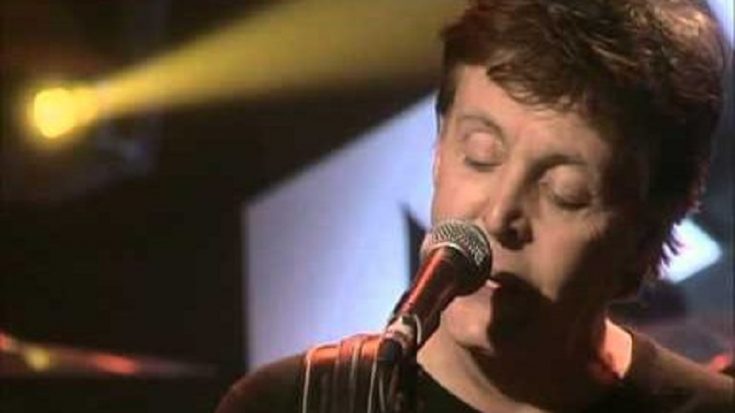 When Paul McCartney released Run Devil Run, his 11th studio album, he had a concept built in his mind: he wanted to come back to his love for 50s rock, the genre that started his admiration for music. And what better way to celebrate its publication than to perform in a live audience?

Lo and behold, his 1999 comeback performance at the Cavern Club in Liverpool, England. This once in a lifetime event happened to McCartney’s insistence to “go back to his roots,” and the club is the perfect setting for that; after all, it was among the line of clubs that the Beatles have frequently performed, which helped them boost their popularity of course.

BBC made sure to film the performance that contained a make-shift band consisted of Pink Floyd’s David Gilmour, Deep Purple’s Ian Paice, and many more prominent artists. If a Beatle asks for your help, for what reasons would you want to say no to?

At the start of the performance, McCartney said: “I am going back for just one night as a nod to the music that has always and will ever thrill me. I can’t think of a better way to rock out the end of the century than with a rock ‘n’ roll party at the Cavern.”

The lovely club heard the musicians play a 13-song set, with 9 song covers, 2 McCartney originals, and “I Saw Her Standing There,” a Beatles classic.

You can see the setlist here.