October 31, 1975: “Bohemian Rhapsody” Is Born, And You Won’t Believe What Went Into Making It 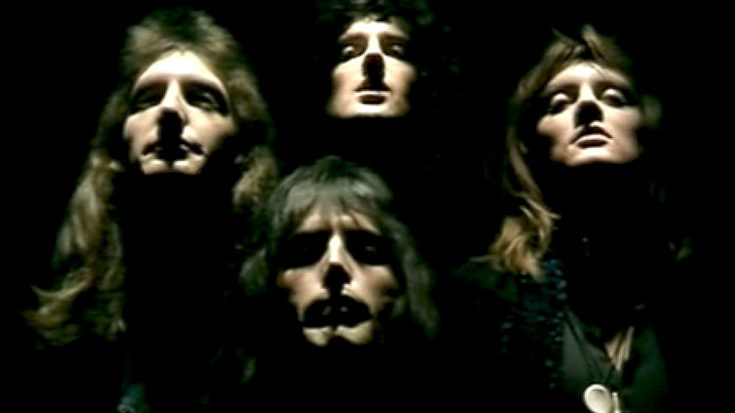 Man, Has  It Really Been That Long?

One of the most audacious and musically ambitious songs ever written, Queen’s “Bohemian Rhapsody” made its way into the world and into rock and roll legend 43 years ago, bringing with it a brand new perspective on what rock bands were capable of if they dared to step outside the neatly wrapped “verse/chorus/verse/chorus/bridge/chorus/end” formula that had worked for so many years.

A 6 minute suite comprised of an intro, a ballad segment, an operatic passage, a hard rock part and a reflective coda and lacking any chorus to speak of, “Bohemian Rhapsody” at that time was the most expensive single ever made (though the exact production costs are unknown to everyone but the band itself) and 4 decades on, it’s absolutely worth every dollar spent!

'Bohemian Rhapsody' was released as a single in the UK 43 years ago today! ⏳

This monumental artistic undertaking was birthed from the depths of Freddie Mercury’s brain long before it actually made it into the studio.

“Bohemian Rhapsody” was a labor of love – one that saw Queen’s Mercury, May, Deacon and Taylor pulling double duty in the studio for nearly a month, recording vocal parts for upwards of 12 hours a day and, in some sections, required 180 separate overdubs.

Four decades on, there’s no denying that “Bohemian Rhapsody” is one of the greatest examples of songwriting and composition that the world’s ever seen and blasted a crater in everything we thought we knew about rock and roll, revolutionizing everything from studio production to video production with a groundbreaking music video whose influence Rolling Stone magazine swears “cannot be overstated, practically inventing the music video seven years before MTV went on the air.”

Join us in celebrating over 4 decades of “Bohemian Rhapsody” with the original music video, located below. Happy viewing!