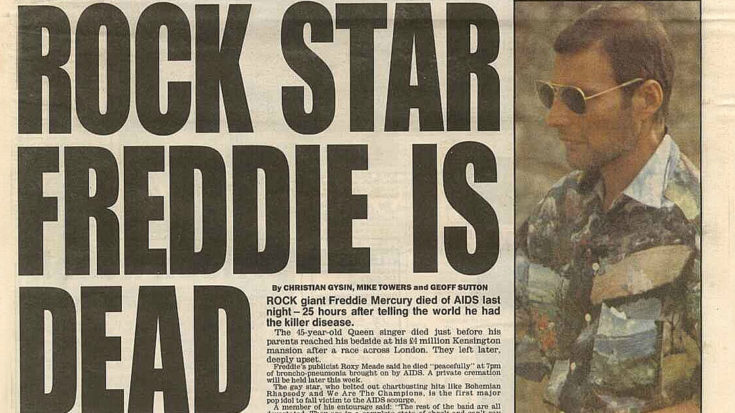 Freddie Mercury took his final bow on November 24, 1991. His death at the age of 45 came less than 24 hours after he bravely issued a statement announcing his battle with AIDS, foregoing his privacy for the sake of calling attention to the disease, raising awareness for those whose time had not yet run out and honoring the struggles of those who, like Freddie, succumbed to AIDS.

The weeks and days leading up to his death were grim; Freddie’s health had deteriorated to the point where he could no longer get out of bed, his eyesight was failing, and he’d actually begun to refuse taking all medication but painkillers to hasten his death. When the end came on November 24, he was surrounded by close friends Mary Austin and Dave Clark of The Dave Clark Five and just like that – the brilliant, electrifying boy from Zanzibar who once predicted that he would be a legend was gone.

Freddie Mercury: An Icon, 26 Years On

What makes Freddie Mercury so positively iconic to us, more than two decades after his death? Is it the fact that he set the bar impossibly high for himself yet still found ways to challenge and outdo himself?

Is it his unbeatable spirit that found him singing up until the very end, determined to leave a legacy unmarred by an illness that had no business claiming his life?

We don’t know. What we do know, however, is that his is a loss that can never be overstated, and that somehow the world seems a little brighter every time he visits us in the form of one of our favorite Queen songs.

On the 26th anniversary of his death, we’re not mourning his loss. You don’t mourn the loss of someone as beautiful and brilliant as Freddie Mercury was – you celebrate, and you celebrate in a way that honors their triumphs and lets them live again, if only for a moment. Today, we’re giving thanks for the gift of Freddie Mercury and the indelible mark he left on us with footage of his electrifying 1982 performance of “Bohemian Rhapsody,” live at The Bowl.