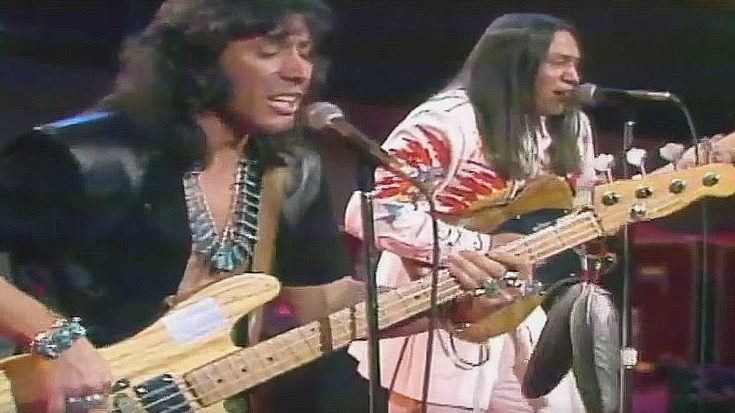 Written in 1974 and featured on their 5th album Wovoka, Native American rock band Redbone’s iconic ‘Come And Get Your Love’ is a bouncy, funk inspired rock classic that never fails to get people up and dancing. Shortly after the song’s release, the band appeared on Burt Sugarman’s The Midnight Special for a sensational performance of ‘Come And Get Your Love,’ that even opened up with Redbone guitarist Tony Bellamy performing a traditional dance as the rest of the band chanted in unison.

Fun Fact: Jimi Hendrix loved Redbone! Hendrix, who himself was half Cherokee Indian, inspired siblings Pat and Lolly Vegas to form the band and called Lolly his favorite guitarist.

Singer Lolly Vegas’ voice contains the perfect blend of rock and soul, and guitarist Tony Bellamy wrote the most perfect, ridiculously catchy guitar riff to tie the entire song together nicely. In fact, this is one that we dare you to try not to dance along to – it’s almost impossible!